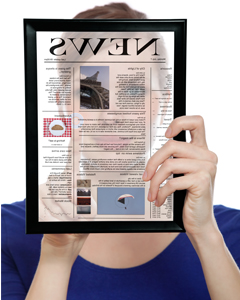 According to International Data Corporation (IDC), the market for media tablet and eReader semiconductors exploded last year, and will continue to grow in the future, as content consumption truly goes mobile, providing OEMs and consumers with intelligence, storage, connectivity, and software.

“The opportunity for semiconductors in Media Tablets and eReaders has exploded and semiconductor suppliers are scrambling to bring to market semiconductor and software platforms to enable these products,” said Michael J. Palma, Research Manager for Consumer Semiconductor Research at IDC. “Beyond semiconductors, these suppliers are also providing OEMs with much of the system software as well as support for access into app stores, which is helping to dramatically shorten product design cycles.”

At 99% share of APU shipments, the ARM processor architecture dominated this market in 2010 and is expected to lose only a few points in 2011 as the MIPs and x86 architectures struggle for a role in the market.

Media Tablets and eReaders are two devices that share components but whose bills of materials (BOM) are optimized for very different functions. The 2010 average Tablet semiconductor BOM was nearly one and one half times as much as the BOM for eReaders.

Storage and memory ICs accounted for 40% of the semiconductor revenue opportunity in 2010, but falling prices for Flash and DRAM will drive system BOM cost reductions through 2015, leading these components' share of semiconductor costs to fall nearly in half over the forecast period.

The appeal of Media Tablets will drive the semiconductor revenue opportunity to a five year compound annual growth rate (CAGR) of 31%. "For the next several years, we will see rapid innovation cycles for products launched into the marketplace and semiconductor suppliers will continue to satisfy evolving end user requirements over the coming years," added Palma.

The IDC report Worldwide Media Tablet and Semiconductor Forecast: The Explosion of an Opportunity provides worldwide revenue forecasts for application processors, Flash and DRAM, connectivity, display related sensor power management, and other semiconductor categories for Media Tablets and eReaders. The report also includes semiconductor bill of materials (BOM) for the two system categories, as well as a unit shipment forecast of application processors by architecture.