Greenlight: Facebook could capture around one-fifth of the global search market 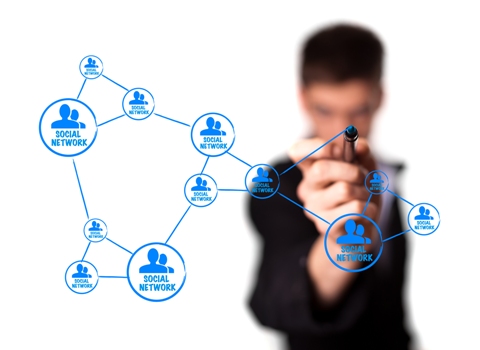 Findings from a survey undertaken by independent digital marketing agency, Greenlight, indicate that Google+ might be more successful than most have initially speculated and that Facebook could potentially capture close to a quarter of the search market globally were it to launch a search engine of its own tomorrow.

This market share would make Facebook the second most utilised search engine in every major market except for China, Japan, and Russia, where it would occupy an uncontested third place.

Greenlight’s global Search & Social Survey (2011-2012) asked 500 people how they engage with online advertising, search engines, and social networks, in order to gain insight into how consumers engage with marketers today, and formulate views on what the future might hold. Their research revealed that 5% would 'definitely' use a future Facebook search engine with 39% saying “maybe” or “Probably” if the firm were to launch one to rival Google's. Those categorically saying that they would not use a future Facebook search engine totalled 26% of all respondents, and 22% saying “Probably not” besides 27 % saying “Maybe” and 9% abstentions.

“These stats therefore suggest Facebook could capture around 22% of the global search market by simply launching its own search engine tomorrow morning (the 'Definitely', 'Probably', and half of the 'Don't know' respondents combined), says Andreas Pouros, chief operating officer at Greenlight. “It wouldn't need to be a spectacular engine either, just well integrated into the Facebook experience and generally competent.

What’s more, the results also suggest Facebook could increase that projected market share to a maximum of 50% within a few years by converting the least overtly loyal Google users over to them. However, that increase would need to come from the 27% of respondents who replied ‘Maybe, but only if it was better than Google and Bing’”.

Actually Facebook is already integrating Bing into its search function, but it is a buried option in the navigational side-bar post query, so this really does not constitute its own search engine by any real definition.

On the flip side, Greenlight found that Google's own social endeavours with Google+ might be more successful than most have initially speculated. For instance, 23% of Google users have been +1'ing listings in Google's search results, giving Google lots of data about what people like.

When compared to the 35% of users that Greenlight’s survey found routinely 'like' a brand or company on Facebook, then it is not that significantly more than Google's social signal collection, particularly as 28% of respondents said they had no idea what '+1' actually meant, which says Greenlight, will invariably decrease rapidly over time.

How regularly do you'+1' something in Google's search results?

Greenlight’s research essentially shows that Facebook will both be front and centre in 'social search' and so it won't be enough for websites to simply be relevant, they also need to demonstrate qualities that attract social validation and promotion. Greenlight’s experts recommend brands and e-retailers to encourage +1's in Google, as it affects natural search rankings and will have an increasing impact over time across every Google product that is utilised - AdWords, price comparison, Shopping, YouTube, etc.. And since Facebook could be a major search engine overnight, a brand’s performance on Facebook today (likes, visits, etc.) will likely have a decisive impact on how well exposed it is on that new search engine.