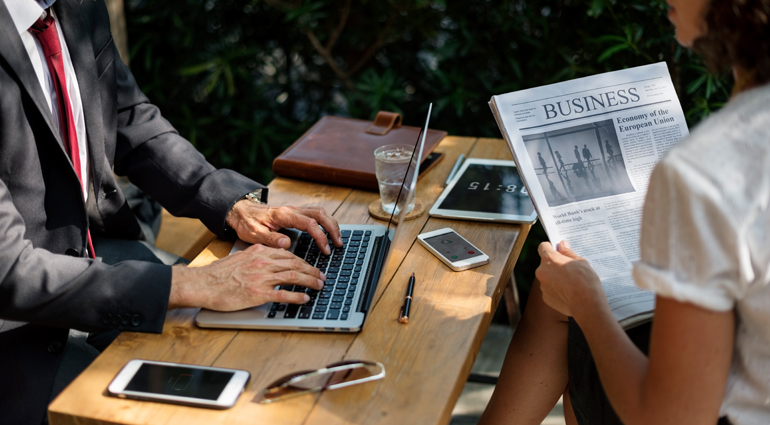 Meltwater just announced the acquisition of Algo, a real-time data analytics platform powered by the most advanced machine learning techniques available. Meltwater,a leader in media intelligence, has been founded in 2001 by CEO Jorn Lyseggen with only $15,000, and is actively seeking investment opportunities and partnerships to continue expanding its media intelligence services globally.

The acquisition of Algo is the sixth deal for Meltwater’s ongoing M&A spree that adds Stanford and Carnegie Mellon data-science focused PhDs to its team, besides strengthening Meltwater’s powerful media analytics and insights platform further by bringing Algo’s patented Velocity of Information engine on board, which surfaces rising trends from tens of millions of real-time data points. In other words, Algo simply helps software developers by eliminating the manual process of data collection as well as analyzing market reactions to news and blogs in real time, using search APIs, news and content marketing.

“In this day and time, we are all drowning in data. Meltwater’s goal is to give our clients access to smart technology that can cut through the clutter and extract critical insights from billions of data points - data points which would be impossible for a human being to make sense of,” said Jorn Lyseggen, CEO of Meltwater. “There is a vast amount of external data that companies today largely overlook, containing real-time information about how competitors invest, how they hire, how they spend their ad budget, and how their products are received in the market. Anyone that is thoughtful about mining this information will create a powerful information advantage over their competitors.”

Founded in 2015 by Matt Michelsen, Aaron Rama and Evon Onusic, Algo leverages machine learning and natural language processing to democratize online semantic data that currently only the tech giants have the infrastructure to support. Its Information Velocity algorithm is the foundation for several patents and manages to process one billion data points daily in real-time, determining which information is spreading fastest globally. So far, the Algo app has been massively adopted with over three million downloads.

“We’re excited to marry Algo’s infrastructure with Meltwater’s current technology and become the global leader in media intelligence.” said Matt Michelsen, Investor and Co-Founder of Algo. “The opportunity to help grow an international organization committed to helping its customers gain an unprecedented level of analysis is exciting.”

The team behind Algo is composed of some of the best minds in data science:

“Our platform ingests and analyzes data from tens of millions of sources, in over 80 languages - in real time. Applying Algo’s information velocity engine on top of our existing streams will help us identify anomalies and predict trends in several micro and macro topics that are relevant to our customers," said Aditya Jami, Senior Director of Engineering & Head of AI at Meltwater.