Akamai‘s VP of the Media Division, Bill Wheaton, in an in-depth Interview 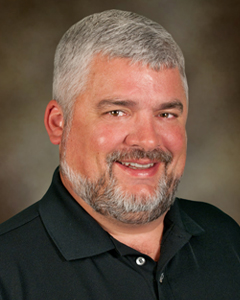 Akamai is a Hawaiian word meaning smart or intelligent, with connotations of insightful, wise or skillful, which are accurate adjectives for the company and its spokesperson Bill Wheaton, whom I had the honour to interview recently. Bill Wheaton has worked for Akamai for about 13 years, where he holds the position of vice president of the Media Division.

The Next Generation Broadcast Network

According to Wheaton, the media business makes up about 45 or 50% of Akamai‘s business today, explaining that the first broadcast network used to be television with some advertising breaks.

Today the next generation broadcast network is going to be defined by any screen, any time, anywhere! People prefer watching videos on television, but there will be more and more of a shift not only to notebooks and PCs, but also to tablets and other mobile devices. In Asia in specific, the people having mobile devices actually outnumber the people who have televisions. To make that work, what we have to do, is to make it simple, for both the publisher / content producer and for the consumer by reaching all the connected devices. We‘re going to take out the complexity of all these different devices and different run times by moving that work flow into the cloud and giving them unified reporting on all platforms. With all the premier publishers in the world using our platform today, it has to become a television like experience. Video streams at high quality with no rebuffers, ads play right beside them with no rebuffers, going from one to the other and back seamlessly. That‘s the experience they expect and that is what we are going to give them“, Wheaton commented.

Getting started in Video Streaming

When asked if he could give some advice to companies that are just planning to get into video streaming, Bill Wheaton said it would depend on the company‘s role in the ecosystem, explaining: "If you are a content producer, an owner of content, then you should ask, who is the market, how do I target to get my content to them, and do I do syndication deals?" Akamai offers tools to make online business easier and can even make advertising follow the content, so that companies can control their own advertising spend, besides controlling sponsorships and subscriptions and so on.

However, Wheaton continued: "If you are an aggregator of content, where you go out and buy rights and then aggregate them back in, then you have potentially a different play. It‘s about selecting content, running recommendation engines to get people on your site and about promoting your site to drive traffic back to you. We have a lot of experience about how to go to market and about what makes sites be successful, and how they cut deals in their distribution.“

Akamai is currently working intensivey on identity services, Weathon admits, which will allow people to access digital lockers or authenticated sources to be able to view content. In addition, he advises to make consumer experience easy and smooth, noting: "If you make it easy, they will engage longer with you, and the longer they engage, the more time to target, the more opportunity for you to monetize your content. One of the things we‘ve found is that the easier and simpler you make it, the more people are willing to pay for content. So focus on quality and the experience."

The top 30 global media networks, and the very large social media sites, are all Akamai’s customers, stating that his company helps to deliver a grand majority of Facebook’s content on a worldwide basis and that  Twitter is using their service quite extensively, too. But also the more traditional media companies, like News Corp., Disney, CBS, NBC, or Sony amongst others work closely with them on a worldwide basis. Here in Asia, ESPN Star, a joint venture of News Corp. and Disney, is one of their clients besides many more. However, Wheaton assured that his company well-considers how they start a working relationship with a client, since they treat them as partner and not just customer. He emphasized: "Our job is to make people successful and bring their content online. When they grow, we grow. Thats how we‘ve been successfull in the past. One of our hallmarks is working very closely together and bringing the very complex system of our partners together with our complex system and making it work easily. We can‘t fail and our partners are depending on us not to fail. That‘s what we strive for, to be there 99,99% of the time, like TV. And we‘re very close to reaching that goal with reliability, scalability, high quality and reporting back. We assume that things will fail, so we build our system with redundancies in it, so when there are failures in a broadcast system, you don‘t see anything.“ Akamai‘s customers are making up about 25 - 30% of all web traffic in the world and we can expect to see the triumphal procession of the company continuing with its next generation broadcast network.

Bill Wheaton specifies on the special demands of companies like Facebook and Twitter, stating "Security is paramount. Last year we experienced about 2000 difference attacks. We rolled out a whole new suite of security products to secure websites and media assets, so people can be online and be confident about not being distorted or attacked. Regarding social media, speed and performance is very important. During the Superbowl, it was estimated that about 40% of the people watching it on TV had either their phone or tablet beside them, interacting on social media about what they are watching. Discovering content will come more and more over social networks, and it will also come from recommendations. Social is a huge factor relating to media, and its just starting to melt together."

On Akamai‘s development and research focus regarding social media he commented: "For the social side, we have a site division dedicated to making websites working better, faster, and more secure across all devices. The media division is focused on how we make media work better in those areas, and the third thing we do is our cloud division that takes our technology and licenses to various people to make B2B applications work better and faster. We‘ve developed a portfolio approach to provide a variety of solutions. We‘re now also developing our network division products, we‘re licensing our technology to telcos and operators in the network itself, to provide something which can be embedded right into the telco operations. We‘ve always partnered with networks and deployed deeply into local networks, to bring content closer to the end users and to save money for the network operators."

Servicing about 30% of Worldwide Internet Traffic and Growing fast

According to Bill Wheaton, Akamai is handling about 25 or 30% of the world‘s internet traffic with 1.2 trillion hits a day, and every 7 or 8 months it doubles in size. "Today we average about 5 or 6 terrabytes per second and we think that is going to be 20 fold that size within the next five years, that is a huge amount of growth", he said. To do that properly and cost effectively, is the challenge they face. And the only way to do that is working through the ecosystem with partners and to lead in making it simpler – with a focus always on quality and simplicity.

"If you look at the ecosystem of video advertising on the web, the amount of money spent on processing is ridiculous high, with about 15 cents of a dollar going to agency handling fees. Compared to that television broadcasting fees are much lower. We need to streamline that workflow and make it very simple and help both the publishers and the advertisers come better together in the market place. We can help with that, given our position in the market place and our technology, making those ads look just as good as the content itself, completely seamless across all connected devices", Wheaton commented.

He continued: "Theres has been a fragmentation of the market place recently, with all the different devices. Our job is to make it simple and to take that burden away from the content producer, because we understand how content should be encoded, how to use technology to avoid rebufferings alltogether, and report back on all that information - both real time so you can monitor and also in historical perspective so you can develop trends and tweet your content and maximize the consumers engagement time. The longer they engage, the more ads they will watch, and the more satisfied they will be with your business, so you have a higher yield on your CPMs."

Bill Wheaton knows that clients come to them for best practises and to be taken by the hand. His company is a leader in its industry, demonstrated again at the Mobile World Congress where Akamai presented its new standard for streaming, called MPEG DASH, which is not a standard yet, as it is still in its early stages, but attempts to combine the best features of all HTTP-based adaptive streaming technologies into a standard that can be utilized from mobile to over-the top (OTT) devices.

Making sure of Being Ahead

Akamai is big in commerce, media, security, and cloud enablement of different business applications. Bill Wheaton explained: "In mobility you combine the best of everything. One way of getting content to work better across mobile platforms is to make transactions better and faster, besides making sure people don‘t disengage and quit in a purchase process. The phone is a very secure device with its SIM card for authetication that predestines it as payment tool. The trend will be to support e-Wallets and moving that along in the commerce area".

Wheaton continues: "We do a lot of work on PCI compliance and how we tokenize credit card information across the web. Actually, we saw the trend of mobile overtaking the browser environment three or four years ago and we‘ve been working at it since then, so we have by now a whole suite of products targeted exactly at that area. We see trends early, since we deliver so much traffic, so we started working on delivering video to all these connected devices three and a half years ago, and its just all coming out now. We‘re changing the jet engines while the plane is flying, and we do that every day. People in Singapore are way ahead on the mobile front, taking advantage of the market opportunity as it presents itself. We are ahead of our competition to be a good partner for them in that respect."

Asia Pacific is currently Akamai's largest investment market, mainly due to its huge population that has an enormous hunger for content and therefore offers the company a sea of opportunities. Akamai is used to working with partners in a confidential way, so they can make a big splash and be outstandingly successful.

After this insightful interview, I can only say that the company seems to be fully living up to it's Hawaiian name, and that we look forward to seeing them take off even more.