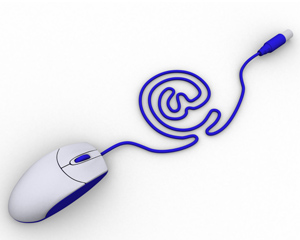 Silverpop has developed an industry-first technology that bridges the gap between email marketing and social networking.

The company’s Share-to-Social feature allows marketers to quickly turn emails into socially-enabled viral messages. Using links within emails, recipients are able to quickly post messages to their profile page on Facebook, Twitter, Digg, MySpace and so on.

When these social emails are posted on social sites, everyone connected to the original recipient can see the message, make a comment or post it on their own profile page.  When email recipients click those links, it cues up a Tweet or status update with a link back to the email’s Web page version that has been customized to protect the recipient’s identity. Dynamic content and personalization remains intact in the posted email.

With its Share to Social system, Silverpop aims to make it easier for email subscribers to forward/announce interesting information they have received/read to their ENTIRE social media network with one or two clicks.

According to Silverpop, their Share-to-Social feature gives email marketing a much more powerful viral effect. In addition, while the ability to tell others about something via social networks is nothing new, the ability to track the effectiveness of that marketing component (e.g. the opens and clicks) is exceptionally interesting, providing market¬ers with the detailed data necessary to prove the campaign’s value.

“Silverpop's new Share-to-Social feature gives marketers the ability to easily tap into the power of social networks," adds Bill Nussey, CEO of Silverpop. "It unlocks a whole new range of possibilities for viral marketing that can make a brand's messages more effective and more targeted than ever before. Share-to-Social aims to energize existing email marketing programs, turning them into a powerful acquisition tool capable of increasing list size and filling email databases with highly-qualified recipients who share the same interests as a brand's most engaged email recipients.

In addition, Silverpop's enhanced reporting capabilities enable marketers to identify which of their email messages have gone viral, allowing them to track message activity at a granular level and target future messages based on that information.”

The Share-to-Social feature tracks which social network the recipient posted the message on, telling marketers which one achieved the best results. Silverpop creates a unique tracking code for every shared message, so marketers can tell, for example, that an email posted by a recipient on Facebook was opened 1,000 times while one posted on MySpace was only opened 100 times.

Marketers can even measure the 'fan out' effect of friends sharing with friends. If one recipient shares an email on a social site and it was opened 10 times, marketers can track that. But they can also measure the number of opens and clicks achieved when the original email recipient's friends post the message on their profile pages. Such sought-after influencers are easily identified and targeted. Lists of social influencers can be created in Silverpop's solution with one click by simply viewing the "recipients who forwarded" list.

"Tracking like this enables marketers to identify their most influential brand loyalists," Nussey notes. "Companies can target those individuals with special offers and content that rewards them for their efforts and encourages continued brand ambassadorship."

Richard Evans, Silverpop’s product marketing manager says that Silverpop has sent more than 2,700 emails that have included the Share to Social links since its rollout. He adds that shared items have generated an additional 60,000 email opens and 21,000 email clicks from social network users. In one instance, a single recipient generated 4,550 clicks via social media from a single shared email.

But, just because you CAN share emails via social media doesn’t mean your email subscribers will do so. Marketers who want to use the Share to Social program will do well to remember that their email message needs to have a clear, compelling offer that can be communicated quickly and easily.

It’s also important to note that the post-click experience varies widely due to the technical limitations of each social network. For example, it’s great on Facebook, which has accounted for 60% of the social media opens so far. On Twitter, it just dumps the email URL into a Tweet. On LinkedIn, it sets up a potential news update, but doesn’t provide any text.

So is, Share-to-Social heralding a new era of email marketing? The technology shows that email marketing and social media can go hand-in-hand. In fact, in this case, they do a pretty good job of complimenting each other.