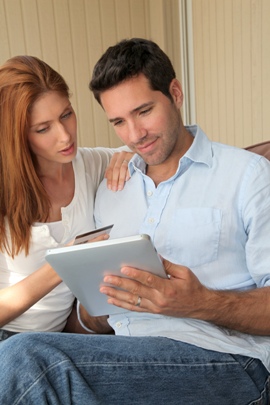 Photographers are seeking ways to take advantage of social media channels and platforms without losing control of their images. Therefore, Pinterest is excited to work with Flickr to make it easier for photographers to share their images on their platform which is currently supporting versions of Chrome 6, Safari 5, Firefox 8 and up.

Yahoo believes the simple and automatic attribution is a step forward for the sharing of content online and even went further than adding attribution to pins directly from Flick, retrieving attribution data from Flickr if a photo is pinned from a third-party website or blog embedding a Flickr image.

Over the past 8 years, Flickr has accumulated more than 7 billion photos – from the places you’ve been to the moments you capture and the millions of stories that are told through your images every day. To no surprise Yahoo is excited to announce a new feature that will make it even easier and faster for Flickr users to upload photos and share them with the people who matter to them, introducing the new Flickr Uploadr. Here are some of the new features:

Easily Preview and Arrange your Photos

An advanced HTML 5 browser technology to brings a completely new uploading experience on Flickr. You can now add photos by dragging them into the browser. Preview thumbnails are shown, where supported, so you can use the intuitive drag and drop interface to manage and reorder photos before they hit your Photostream. You can also easily zoom, rotate or sort your photos by title.

Flickr made it even easier to add titles, descriptions and tags, and you can organize your photos into sets like Death Valley 2012 or Beards of my Life. You can now also tag your friends in photos and change licensing, content type and other advanced options right from the uploadr page before publishing to your photo stream.

There has also been a huge improvement in upload speeds – between 20-30% faster on average, and up to 50-60% faster for some international users. File Sizes now bigger The file size limits was increased up to an impressive 50MB for Pro users and up to 30MB for free users.  High-resolution images can now be easily saved to Flickr, displaying photos in pixel-perfect detail.