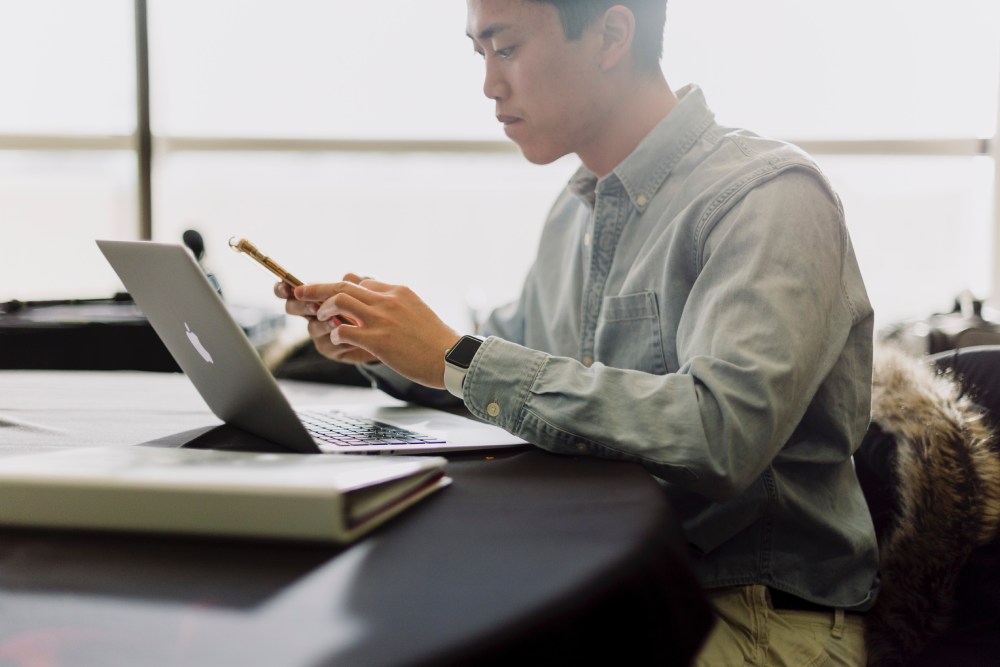 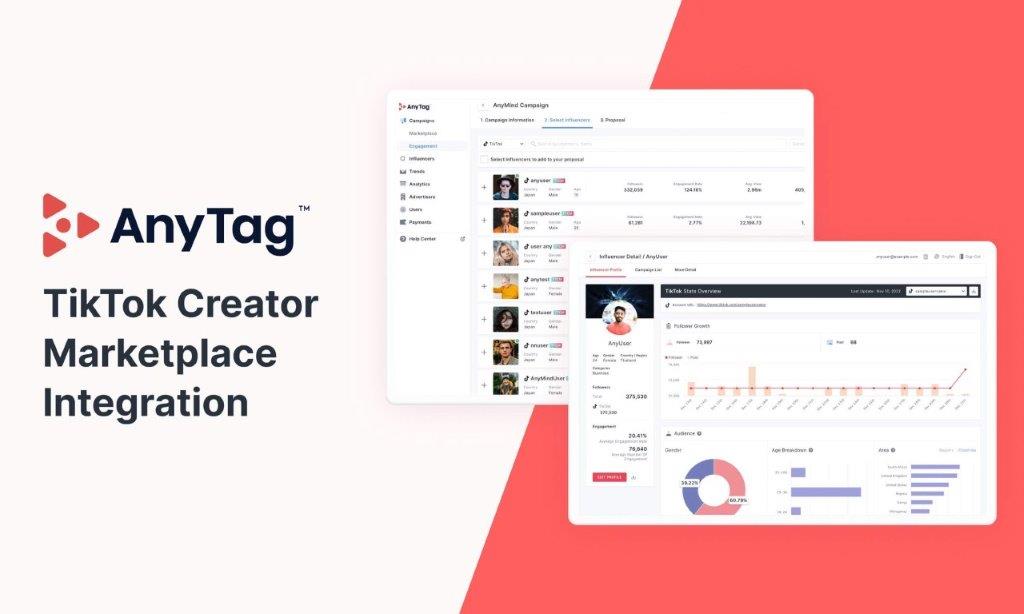 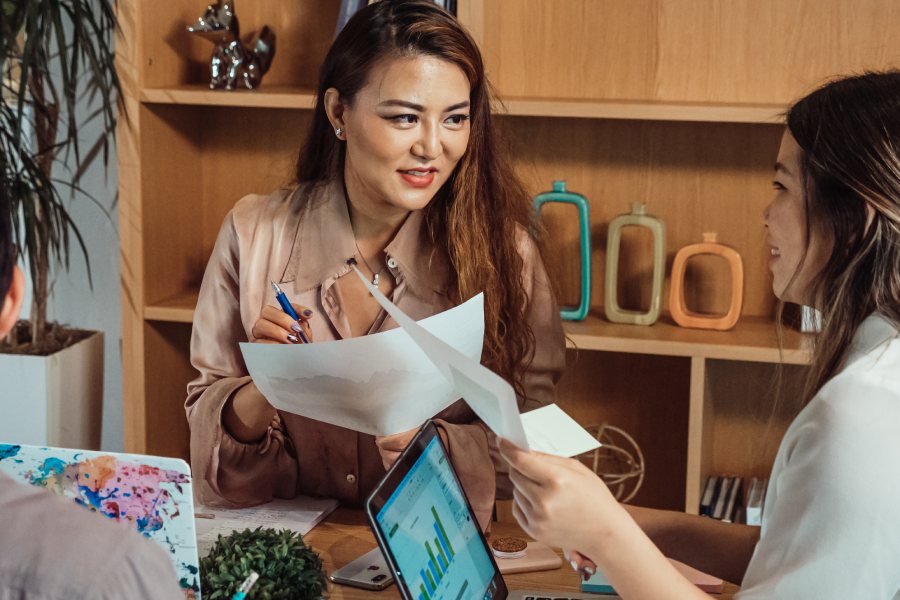 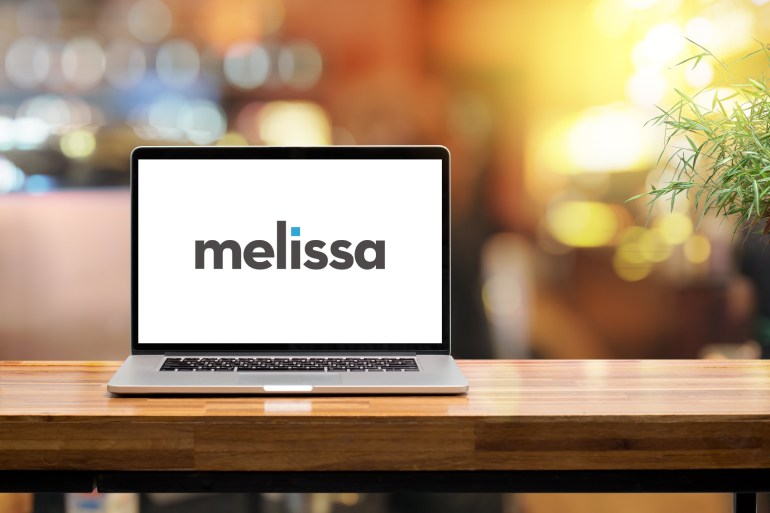 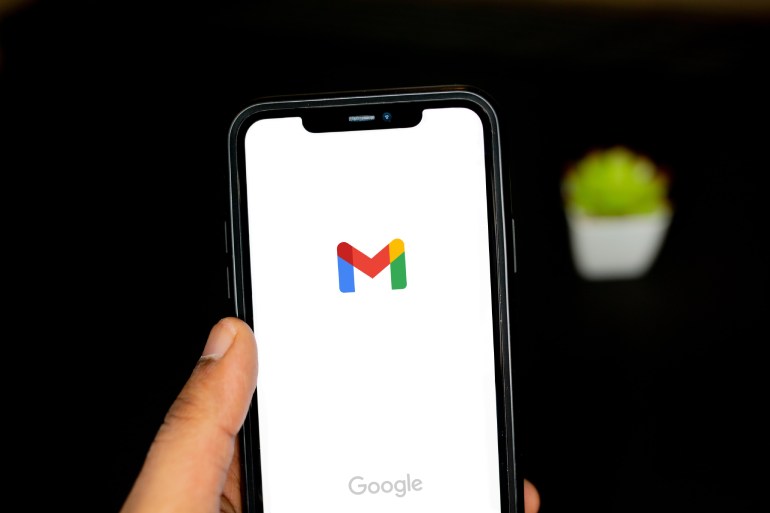 Category: December 2022 - Email Marketing: Loyalty & Transactions
More and more companies are taking their digital responsibility seriously and are formulating digital ethics, aware that not all that’s possible is right and leads to sustainable success. This a
Read more... 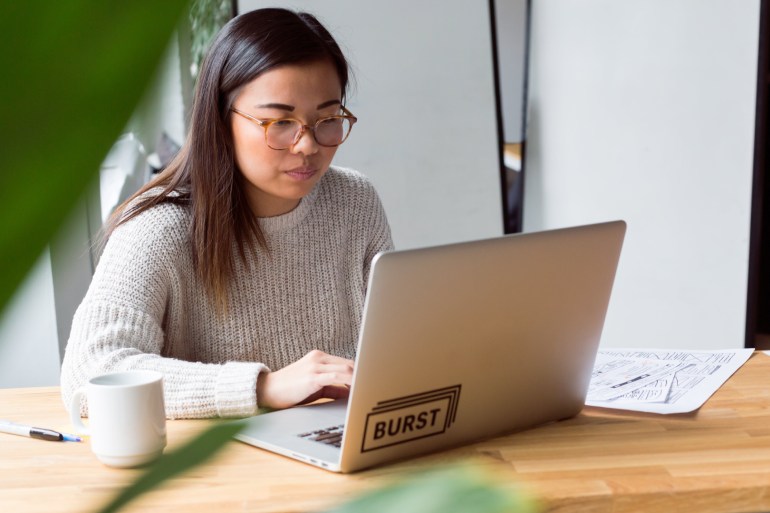 Category: December 2022 - Email Marketing: Loyalty & Transactions
The opening rate, together with the click rate, is one of the classic KPIs in email marketing and provides information about the performance of your strategy over time. However, you will always have t
Read more...
View More Articles
Beautiful-Templates.com Joomla Extensions - Joomla Templates

Some local markets are large enough or resource-rich to nurture homegrown industry giants that are expanding across the region and outside as well. New players from South and East Asia are moving into the region, along with market leaders from the US and Europe.

Some local markets are large enough or resource-rich to nurture homegrown industry giants that are expanding across the region and outside as well. New players from South and East Asia are moving into the region, along with market leaders from the US and Europe.

Though Singapore is a small market, the government and universities are actively promoting mobile innovation and facilitating digital testbeds. Singapore is regarded as the most mobile payment-ready nation in the world, and is also home to a number of regional incubators and accelerators for mobile startups. “With high smartphone penetration, Singapore is a great market to test interest in both iPhone and Android apps,” according to Chris Chandler, co-founder of MobileMonday Singapore.

Indonesia is the region’s largest mobile market, and is considered to be the ‘Blackberry capital’ of Asia. Mobile marketing firms are experimenting with cutting-edge augmented reality (AR) apps. But the government does not yet have systematic large-scale plans for accelerating mobile innovation.

Malaysia has an active mobile developer community, and is both a testbed and market for mobile. Malaysia is also a ‘fantastic testing ground for the huge Indonesian market,’ according to Janny Paul, organiser of MobileMonday Kuala Lumpur.

The Philippines has a strong consumer appetite for mobile payments and remittances.  In terms of access to gadgets and the Internet, Filipino children are ahead of their peers in more developed countries. “SMS based services are still key to success in the Philippines,” according to Charo Nuguid, co-founder of MobileMonday Manila.

Thailand has bounced back from the impact of the 2011 floods, and Thais spend more time on mobile devices than TV or landline Internet. “Thais are ready to spend three times their average monthly salary for a phone,” observes Ville Kulmala, organiser of MobileMonday Bangkok. The Thai government has also announced a deal for what has been regarded as the widest tablet deployment to date (close to a million tablets for educational use).

Regarded by many as the New Asian Tiger, Vietnam’s 88+ million population boasts of a large and young workforce and increasing prosperity. Mobiles are playing an increasingly important role in purchasing cycles. 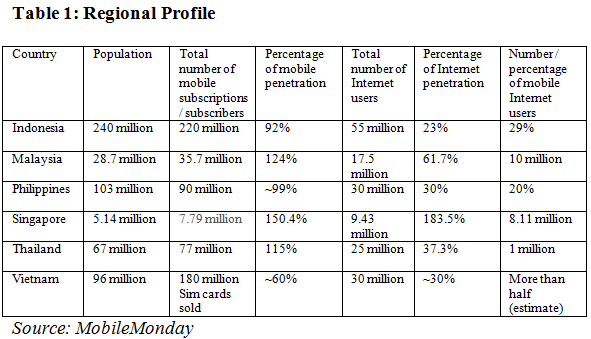 Many parts of Southeast Asia are not just ‘mobile first’ but ‘mobile only.’ For such users, mobile is more important as a medium than landlines, fixed line Internet, TV and newspapers. Mobiles are also being creatively used by social entrepreneurs and activists in the region, eg. mobile apps for mute people in Indonesia, and citizen journalism in Malaysia.

Though smartphones are hogging lots of media attention, there is still plenty of room for feature phones and basic SMS-related services. Android-based smartphones are becoming cheaper and could become a game-changer in the region.

Southeast Asia is now home to not just a large mobile subscriber base (see Table 1) but also a number of innovation networks, accelerator programmes, incubation facilities, competitions and awards for mobile startups. These include the MobileMonday network in the six key Southeast Asian countries, Clearbridge Accelerator, NUS Entrepreneurship Centre, NTU Ventures, and Echelon.

Innovation networks and meetups have been active in Southeast Asia since 2006, especially in the capital cities of the six key mobile markets: Jakarta, Kuala Lumpur, Manila, Singapore, Bangkok and Hanoi.

Dozens of mobile startups are emerging in the region, but factors like language (which can increase costs of localisation and globalisation) and high revenue share by operators come in the way of scaling up startups.

Sustainability of the innovation ecosystem requires the right blend of bottom up entrepreneurial energy and top-down facilitation of investment policies and infrastructure, and both can be found in varying amounts across the diverse southeast Asian region. 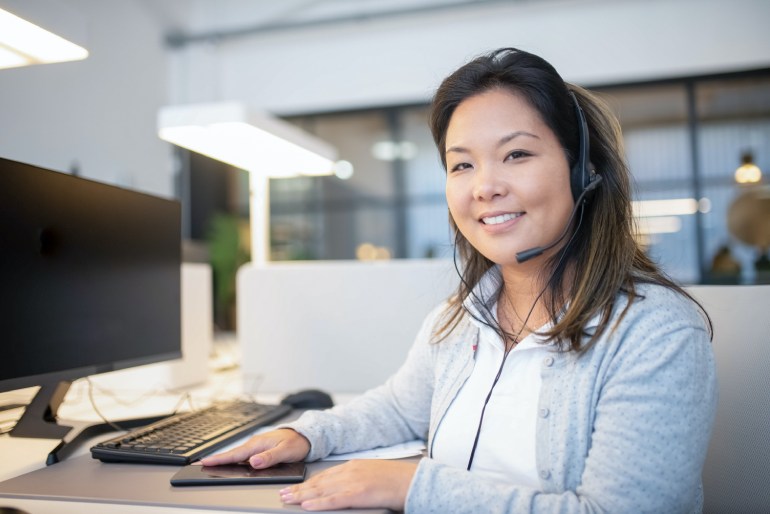 Satisfied buyers ensure the sale of the products and services offered by the company and play an essential role in recommendation marketing. Anyone who manages to inspire their clients has a good chance of further business relationships. Once convincing products, high-performance services and an appreciative exchange of customers make a positive impression, potential new customers come knocking. 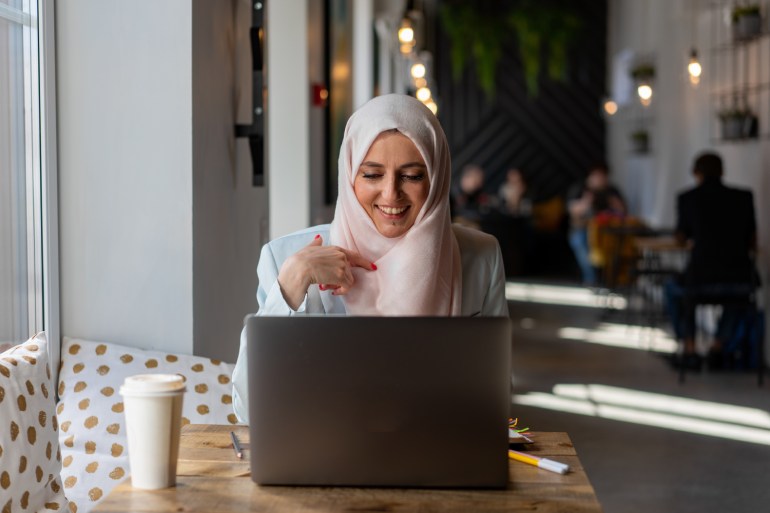 Omnichannel can have a lasting impact on the consumer experience

The past two years have had a significant impact on economic development and people's behavior. Social distancing and mandated business closures during lockdowns have forced retailers to break new ground and to make up for the losses with new models – with mixed success. 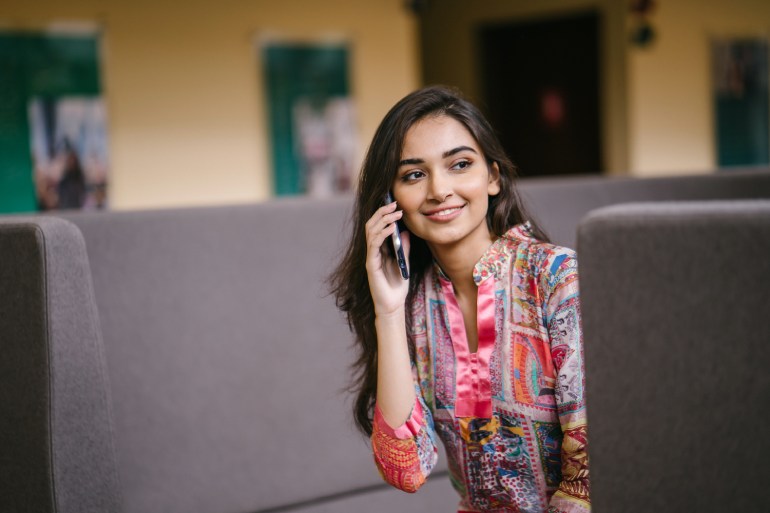 Opportunities for strategic call tracking in the customer journey

Marketers spend thousands of dollars annually on their web presence, and other landing and campaign pages, to get their products and services visible in the digital space. But that's not all. These sites only add value to the company if the relevant visitors actually see the content and, in that way, bring traffic. 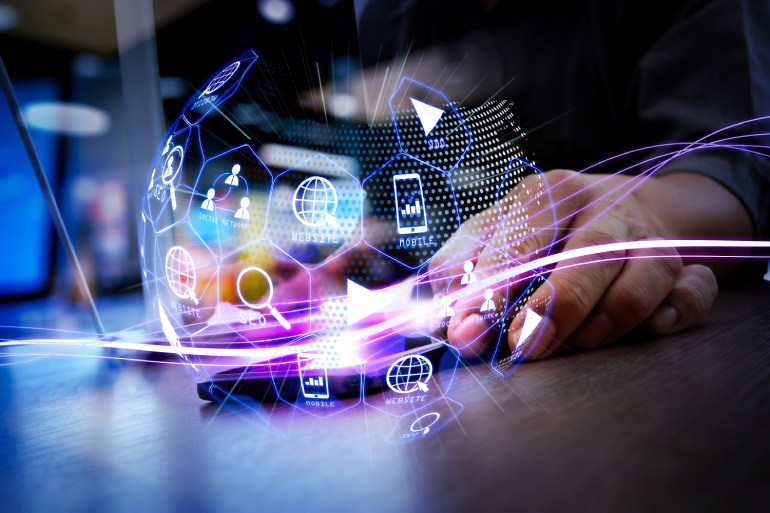 Enter the world of digital experiences

Even if the statement "Content is King” is getting older, its core message still applies. Editorial content and a comprehensive customer journey are key aspects of a modern digital experience (DX), that picks up the customer regardless of location, device and preferences, and creates the best possible experience with all available data.