Hong Kong is the Best Value on Earth for Consumer Broadband 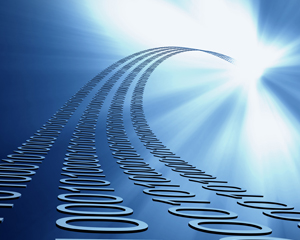 By analyzing its Broadband Tariff Benchmarks – Q3 2010 Point Topic Hong Kong was found to have the best value on Earth for consumer broadband, while Singapore joins the top ten nations worldwide for the first time.

The data, which is collected on a quarterly basis, showcases the best deals on offer to consumers around the world.

In the standalone tariffs that Point Topic tracks, bandwidth can vary from 150kbps - barely qualifying as broadband - up to 1Gbps. Many come with data limits, email addresses or static IPs and that is before the ‘special offers’ are accounted for. To help comparison, Point Topic has analyzed the amount a consumer will pay for a megabit of bandwidth and calculated the total cost for the first year of a broadband subscription*. 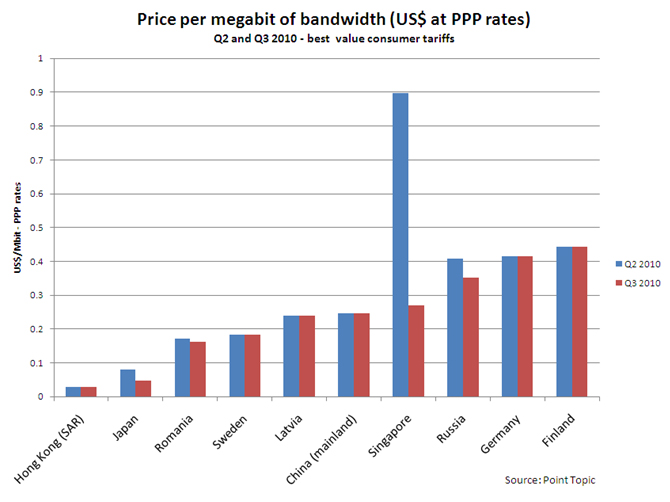 “Nine of the ten best value tariffs are either pure fiber or hybrid offerings where fiber is a significant part of the local loop. The exception is Germany where Unity Media offer a cable service that is very competitive,” said Vanier.

Rankings can change very quickly. If a particular operator upgrades its network or decides to introduce a new tariff, it can result in a significant improvement in the cost on offer to the consumer. 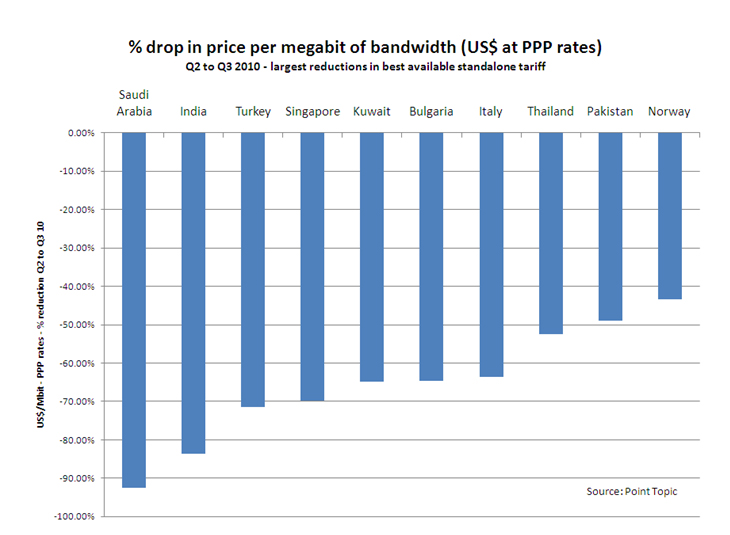 “Prices are stabilizing in many markets around the world and overall in the last quarter there was an average increase globally. However there are plenty of countries that are still rolling out new networks and ISPs that are announcing new tariffs. Even in relatively mature markets, like Singapore or Italy, there is room for improvement as the new tariffs from StarHub and Fastweb demonstrate”, added Vanier.

Faster downstream speeds do usually mean a lower price per megabit but the bandwidth has to be used for those savings to be achieved.

“Bandwidth will continue to increase as fiber edges closer to the consumer. Higher speeds generally mean better value for the consumer. All that remains is to work out how best to use it,” concluded Vanier. 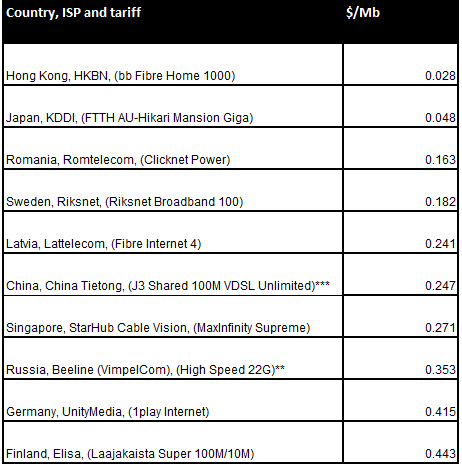 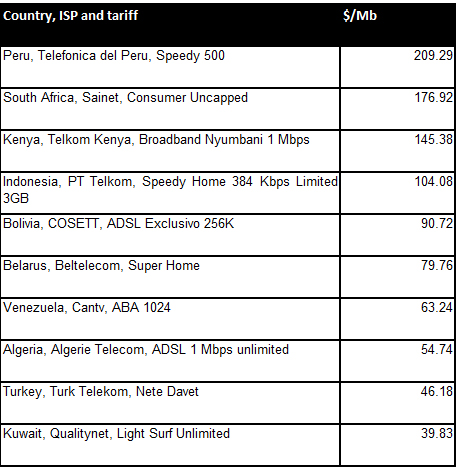 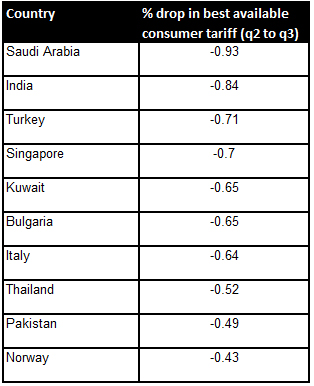 * The first year of a broadband subscription includes a number of costs.  In addition to the monthly rental a consumer can pay for the installation, the activation and the cost of the equipment.  Adding these together and converting to a common base using purchasing power parity (PPP) exchange rates from the United Nations** and then calculating the amount per megabit of bandwidth produces a listing from which the lowest cost per megabit for a generally available, standalone (broadband only) tariff in each country is selected. 70 countries provided enough data to qualify for this analysis.