How Asia is Breaking New Ground in Social Media 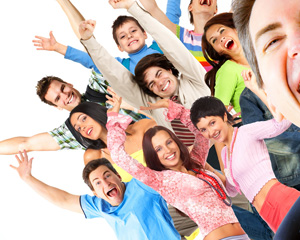 Looking back on what happened in the conference scene last year you probably have noticed that a lot of events were devoted to social media. MediaBUZZ and Asian e-Marketing both constantly zoomed in on this topic and will of course continue to inform you in 2011 of what’s going on in the digital media arena in Asia.

I guess I don’t have to emphasize at this point that it is vital to understand the vast differences in adoption and use of social media, especially as we know that the trend originated in the US and spread like wildfire globally and in Asia respectively over these past 10 years.

The effect it has had on marketing and advertising is enormous, transforming an industry reliant on mass market channels to one which must embrace the power of the consumer and attempt to engage in conversations. The traditional approach of wide reach and repetitive messaging is now being replaced by many much smaller, niche, and people-centric activities.

To what extent is such power disparity healthy for today’s business world?

With social media consumers continuously getting more power and more choices you might ask the question to what extent is power disparity healthy for today’s business world. Especially in an environment that is focused on knowledge and intellectual territories, in which intellect is more important than muscle power, mental workers are at the heart of the ongoing knowledge economy, and thinking against the rule is one of the most critical success factors to stand out of the standardized crowd of mediocrity. We all know that innovative performances can only emerge in areas of possibility and creativity requires playgrounds. Under pressure, only common solutions can be generated, but in playful dialogues we approach complex problems in unconventional and innovative ways, unveiling completely new paths.

So, how are Asian countries breaking new ground in social media?

In Japan and Korea, which arguably lead the world in terms of sophistication, it’s all about ubiquitous access (mobile and PC Internet) and rich functional engagement through intimate social networking, open blogging and gaming.

China, on the other hand, has its social media roots in discussion, information gathering and sharing through public bulletin boards and blogging with broadcast entertainment on the rise, and this pattern is being fast followed by Taiwan but from a much smaller base.

Other markets in the region vary significantly. In Hong Kong and Singapore, which have high digital penetration and rich broadband, the role of social media is catching on but splits acutely between English and Chinese speakers, who consume the medium in different ways to augment their personal and professional networks.

India too has evolved its very own type of social media centering on personal and professional networking. Matrimonial sites are hot platforms for socially engaging, and LinkedIn finds its highest demographics are Indians both at home and abroad. The opportunity for entertainment from the home of Bollywood needs no reminding as broadband penetration slowly increases.

The Philippines, Vietnam and Malaysia have a thriving social media scene which cannot be ignored by brands. Social networking and blogging are the key platforms for expression extending from the leading portals. Entertainment is on the rise, but still secondary.

Even the likes of Indonesia and Thailand have embraced social media by providing a platform for netizens to collaborate with each other and to reach out and learn from public blogs in ways they couldn’t through traditional media. What is most important is that their high use of mobile has already seen internet-enabled SMS services being offered in these markets to see mobile start to go social.