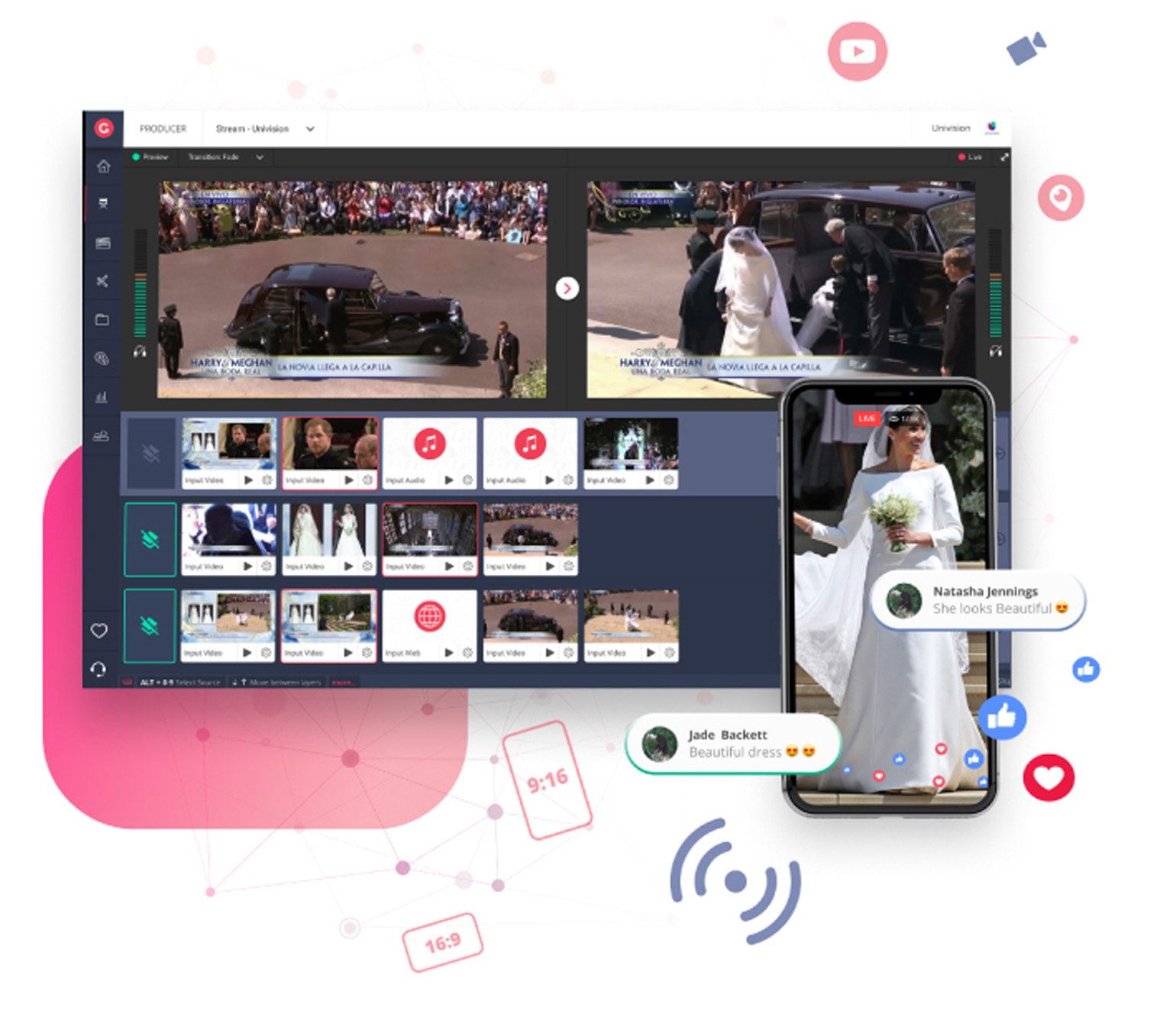 “Digital audiences are streaming more live video than ever before. As a result, their demands are increasing. Gone are the days where live streams could be lower quality than what we see on linear TV. Publishers need to create broadcast-quality live shows to capture growing social and mobile audiences. These broadcasts must be tailored to each market, device and platform in order to succeed. The tools available in Grabyo Producer allow digital teams to achieve this, and there is much more to come”, Gareth Capon, Grabyo CEO, states.

Indeed, as live production technology moves to the cloud, publishers need the ability to synchronize multiple camera angles in a live broadcast, to ensure transitions are smooth with no noticeable skip or delay in broadcast. Grabyo Producer is able to automatically sync multiple video sources using timestamps inserted in the encoding process. This allows publishers to create a sharp, broadcast-quality live stream with frame-accurate switching between multiple camera angles, locations or sources. This provides broadcasters and publishers with a flexible way to produce live content with a mixed output over the internet from a remote location. Reducing the cost and complexity of live production, and removing the need for on-site broadcast equipment and technicians.

Earlier this year, Grabyo added support for WebRTC, dramatically reducing delays in responses to user inputs by enabling the user experience of Producer to match that of a local desktop application. The addition of WebRTC now enables Grabyo Producer to support contribution from local camera and audio sources such as web cameras, USB cameras, microphones and external audio inputs directly from a laptop.

This has led to the launch of ‘Producer Guest’, Grabyo’s new remote contribution app that allows external guests to appear in a live broadcast. Guests need to only run the Producer Guest app on a browser on their device to contribute their audio and video to a live broadcast. Publishers can add remote guests for a multi-location broadcast, or tailor distribution with local commentary or voiceover, sent to multiple markets simultaneously without the need for additional hardware - providing users with greater flexibility when creating a show optimized for digital audiences.

Additionally, Grabyo Producer is now able to detect ‘ad markers’ such as onCue for RTMP or SCTE-35 for MPEG-TS streams. This allows users to remove in-stream advertisements from a live broadcast and replace with VOD content to create additional sponsor revenue or adhere to social platforms’ Advertising Policies.

Trusted by major publishers and rights holders such as MediaCorp, Sky Sports or The English Premier League, Grabyo’s SaaS platform is designed to help digital teams maximize their resources, with no additional software and limited training needed to utilize its browser-based tools.  The company has strategic partnerships across OTT, social media and broadcast and was a launch partner for Facebook Live, Periscope Producer, Twitter Amplify. (Source: Grabyo)