A glance at Singapore’s work-centric culture 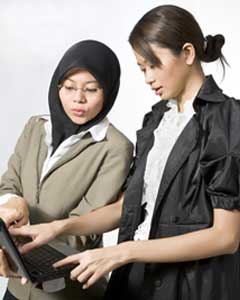 Half of workers in Singapore spend well over eight hours a day at the office and 50% regularly take work home to finish in the evening.

This evidence of long working hours is seen in the latest global survey findings from Regus, the world’s largest provider of flexible workplaces, canvassing the opinions of over 12,000 business people in 85 countries. Arguably, pressure on working hours has increased in recent years because of the slow economic recovery in mature economies and, conversely, very rapid growth in emerging ones. A country like Singapore - which has a very work-centric culture - is no exception to this rule.

Key findings of the survey include:

William Willems, Regional Vice-President, Regus, Asia-Pacific observes: “This study finds a clear blurring of the line between work and home. In Singapore, where the National Institute for Occupational Mental Health reports that a quarter of workers view their job as the number one cause of stress, the long-term effects of this over-work could be damaging both to workers’ health and to overall productivity as workers drive themselves too hard and become disaffected, depressed or even physically ill."

“While women were found to be less likely to work longer hours, probably because they are more likely to be employed in part-time work, small company workers are more likely to clock up the hours than large company employees. Workers in small businesses are perhaps more likely to feel that the impact of the single employee on the success of a project is more marked."

Martin Cerullo, Managing Director for Development for Alexander Mann Solutions in Asia-Pacific, noted that much of the issue has to do with globalization of the economy. “With an economy based primarily on trading, Singapore undoubtedly has relationships with countries all over the world with various time differences to consider. Furthermore, the advancement of technology has facilitated the access of work beyond the office. As a result, it is not uncommon that workers find themselves working more hours,” said Cerullo.

Willems points out “While our survey found remote and mobile workers generally worked longer hours, there is a growing body of evidence suggesting that remote workers are more productive, have a higher job satisfaction and lower stress levels. These workers typically spend far less time commuting, freeing up more time for their job. Businesses that enable their employees to work from locations closer to home and manage their time more independently will offset the stress of a poor work-life balance and gain more productive, committed and healthy staff.” (Source: Regus)