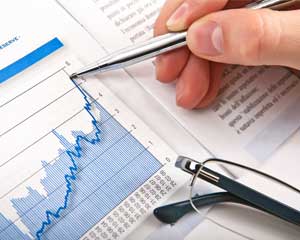 Driven by a comprehensive electronic database, it provides insightful analysis, quarterly market share data, and a five-year quarterly forecast by region regarding changes and trends in the highly competitive PC market.

Built on the foundation of IDC's network in more than 80 countries that tracks PC services, by vendor, form factor, brand, processor brand and speed, sales channel and user segment, the research includes historical and forecast trend analysis as well as price band and installed base data.

Its bottom-up methodology delivers an accurate view of the PC market and just revealed that the PC shipments in the China market have exceeded those of the United States in the second quarter of 2011 (2Q11). Approximately 18.5 million units worth US$11.9 billion shipped in China during the quarter, compared to 17.7 million units worth US$11.7 billion in the US, China represented 22% of the global PC market's unit shipments compared to the US at 21%.

On a full year basis, IDC still expects the US to remain the largest market in 2011, with 73.5 million units forecast to be shipped in the US versus 72.4 million in China. Similarly, holiday season buying in the US will likely keep it ahead of China in the fourth quarter, especially as China's market contracts after its third quarter summer promotions. IDC does not expect China to exceed the US in full year shipments until 2012, when 85.2 million units are forecast to be shipped in China and 76.6 million units in the US.

“There are of course still risks ahead for China, including not just inflation but also the impact of economic conditions in the US and Europe,” said Kitty Fok, Vice President for Greater China Research, IDC. “But in the meantime, the Chinese Government's 12th Five-Year Plan should help large enterprises in various infrastructure verticals to continue to move along, not to mention of course the ongoing efforts to increase consumer penetration in lower-tier cities.”

“China's lead in the PC market is a huge shift that reflects the rising fortunes of emerging markets as well as the relative stagnation of more mature regions.” said Loren Loverde, Program Vice President, Worldwide PC Tracker. “While the immediate economic circumstances in the US and other markets had a significant impact on the timing of China's move to the lead, they have not changed the trend, but accelerated it.”