Will chatbots take the lead in one-to-one (personalized) conversations in the digital arena? 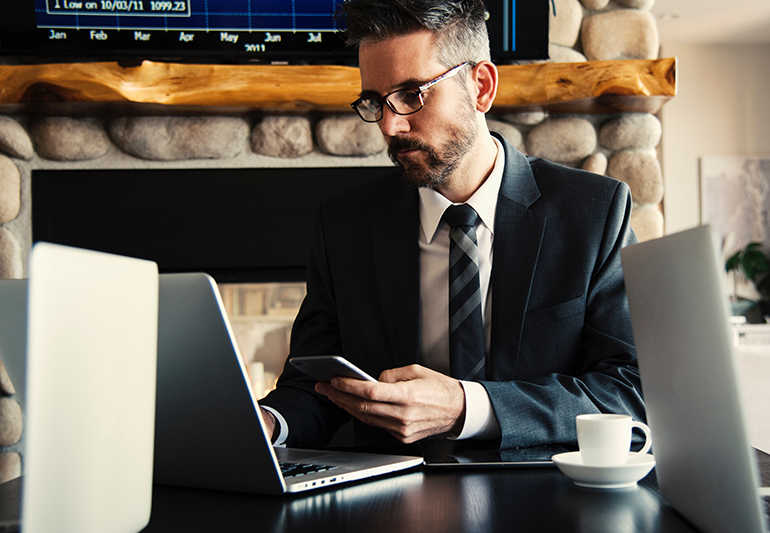 Prof. Dr. Peter Gentsch, a German management consultant and serial entrepreneur specialized in digital management and data science, is dealing intensively with the topics of personalization and bots in his interesting article "Chatbots for personalized dialogues”, where he pointed out in many places that these topics aren’t actually new.

Joseph Weizenbaum, for instance, developed already 1966 a computer program called ELIZA that demonstrated the possibilities of communication between a human being and a computer through natural language. When answering, the machine assumed the role of a psychotherapist, working based on a structured dictionary and searching for key words in the input text. Although the success of this bot model remained highly questionable, such bots of the first generation, with fixed dialogue and keyword-driven acting, continue to be widely used.

Even the personalization of websites, emails and newsletters has been part of successful digital marketing for many years already, yet, due to the rapid development of platforms, communication devices, voice recognition and AI, the topics experience new meanings: communication and interaction are increasingly controlled and determined by algorithms and bots and messaging systems are hotly debated. At first glance, it's all about new communication interfaces that bring efficiency and convenience benefits as the logical next evolutionary stage, but it is far more than just telling Alexa to order a pizza or changing the reservation for a flight. The fact is that the popularity of messaging and bot systems is steadily increasing: since 2015, more people are using apps for communication than social networks, which is almost three billion people a day worldwide - in Europe and the US, mainly WhatsApp (around one billion people) and Facebook Messenger (900 million) are used, while in Asia WeChat (700 million) and Line (215 million) dominate.

So far, customers who wanted to get in touch with a company had to either fill in forms or call hotlines with often long waiting loop – both ways are generally annoying for the customer. On the other hand, communication with friends, acquaintances and colleagues is increasingly taking place via messaging platforms such as WhatsApp or Facebook Messenger. That’s why we now see the emergence of a new communications paradigm, where organizations use messaging platforms, chatbots, and algorithms both for customer interaction and internal communication.

Conversational Commerce, on the other hand, provides individual, bi-directional, real-time communication with the customer without the need for unrealistic amounts of staff. The conversation can take place using chatbots that are either integrated into platforms such as WhatsApp or Facebook Messenger or found alone on the company's website. In the chat conversations, product advice, sales process, purchase and customer care can take place, and thus facilitate the consumption for the customer. Since the customer interacts with the company or the brand in the same way as with a friend, this concept is also called "brand as a friend", making clear that companies benefit from their chatbots when they manage to conduct conversations that feel natural and human-like for the user.

Nowadays, messaging and bot systems are increasingly used to simplify the interaction between consumers and companies via voice and text-based interfaces. This allows the entire customer journey to be optimized - from product evaluation, the purchase to service - through greater efficiency and convenience. Besides algorithms that control communication through keywords and communication patterns, artificial intelligence is being used to learn from preferences and interactions. This allows systems to better adapt and proactively control communication.

With advances in artificial intelligence and machine learning, more challenging tasks can now be performed by bots. And again, even the idea of the bot isn’t new and actually dates back to the 1950s, when Alan Turing, an early researcher in computer intelligence, presented an attempt to test the intelligence of machines. Known today as the Turing Test, it works that way that if more than 30 percent of a test group is convinced that they are conversing with a human and not a computer, the machine is assumed to have a human-level mind.

A small breakthrough came in 2014, when a third of the participants believed they had a conversation with a human even though a bot was used. And let’s be honest, nowadays, it is not always easy to make the difference between man and machine in a conversation. Even comparatively little artificial intelligence is enough to mimic the illusion of a natural human interaction. In this regard, however, the developers of bots face many challenges. Their goal is to develop a common language between machine and human to facilitate communication. For businesses to be able to offer their services on messaging platforms, there must be programming interfaces (APIs). The APIs allow that an external program code, such as a bot, can be integrated with existing software, such as a messaging platform. But not all companies have the expertise to build their own bots and integrate them into a messaging platform, hence, there will be most likely a ‘bots-as-a-service’ concept available soon, that simplifies the development and integration of bots. The developed bots should be both universal, which means easy to use on all different platforms, and easy to build.

Two such bot builders are already available on Facebook and Microsoft

Already 3 years ago, Facebook reported on its developer conference that it has created new interfaces to Messenger for external developers. Wit.ai, a software that helps develop an API for voice-enabled user interfaces, was previously connected to Facebook to help developers integrate their services. In the first two and a half months after the messenger's approval, more than 23,000 developers signed up with wit.ai and over 11,000 chatbots were created. The messenger now also provides a visual interface to enhance the user experience and includes plug-ins that can integrate the bot into third-party offerings. Since autumn 2016, it is also possible to handle payments directly via the messenger. If the credit card information is stored in Facebook or Messenger, the transaction can be made without further input.

The Microsoft Bot Framework provides good conditions for developing bots for different platforms or your own website. The Bot Framework SDK makes it possible to implement the bots. The Language Understand Intelligence Service (LUIS) assists the bot with deep learning and linguistic analysis to develop a common language between machine and humans and bot connectors allow the bots to be integrated into different messaging platforms, while the bot directory allows the distribution and discovery of other bots. We can expect that the bot development will lead to fundamentally different principles in communication and in the corresponding interfaces. Bots will replace most of the websites and apps and make the separation of application-related functions void. Thus, a transaction may include the evaluation of a product, the selection, as well as the purchase and service.

Typically, a consumer would need to use various apps and/or websites to do that. The bot, as a kind of operating system, however, combines the different forms of information and interaction into a continuous transaction: the bot has selected, according to the preferences learned, has triggered the order, and completed the transaction via the known bank and address data. If, so far, bots have been quite trivial, this will change forever in the age of artificial intelligence. Previous implementations resorted to internal databases, keyword-tagged phrases, and developer rules, but now the bot scans the customer input for keywords, then compiles the knowledge and text modules according to the fixed rules and returns the generated output to the customer. Extensions of the system - in the form of new knowledge, linking of rules, keyword tagging and text modules - must be programmed.

Today's bots also use the largest available dynamic database in the world, which is the Internet, and the semantic web facilitates automated access to knowledge. By using the customer's interaction patterns, the bot can make use of the deep learning algorithms of machine learning to find custom keywords and maintain its own custom and automated database. Not to mention that recent breakthroughs in Natural Language Processing (NLP), the AI subsection that deals with human-machine communication, boosts bot development even further. In fact, the more intelligent form of bots secure themselves already information on their own from online sources and combine them to new content. The AI-based bots are also fed by the answers and reactions of the users - which certainly reduces the ability to control the information used for learning. Will chatbots take the lead in one-to-one conversations on the internet? We’ll see!