Smartphone shipments in China fell 6%, but 5G expected to be the watershed

According to preliminary figures in the IDC Quarterly Mobile Phone Tracker, smartphone shipments in China stood at 98 million units in the second quarter of 2019, down 6% from the same period last year. The industry outlook, however, turns out to be much better than expected, not only because the forecasted 9% contraction didn’t occur. 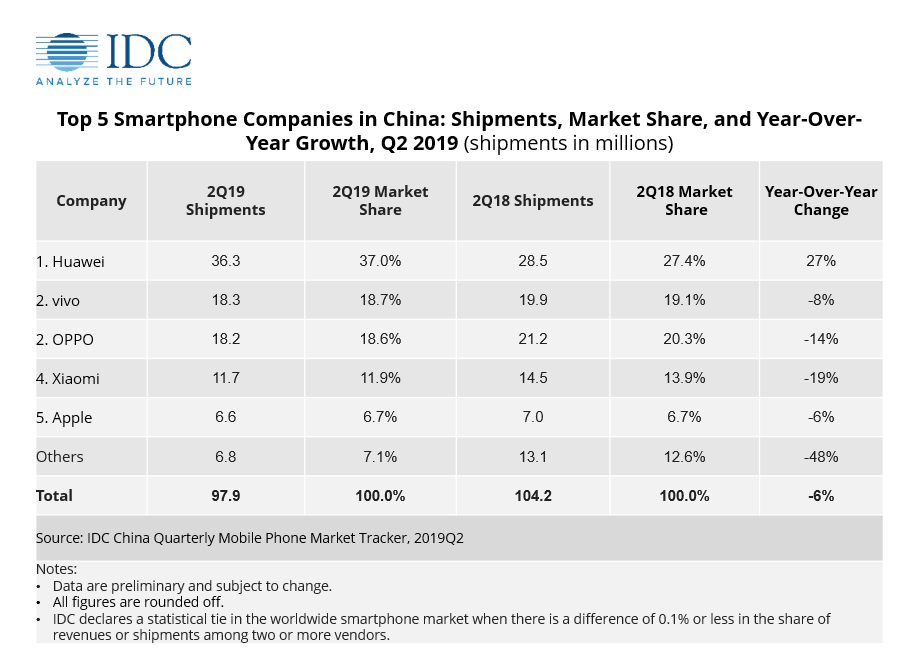 “In only one and a half months, Huawei was able to further strengthen its position in China and grab market share from other players in China. Its success was not only because it brought much of its overseas teams back to China to focus on local distribution, but also because of its strong brand image in the country,” said Will Wong, Research Manager for Client Devices at IDC Asia/Pacific.

Despite the uncertainties, the mobile device manufacturers in China achieved these positively surprising results for the following reasons, according to IDC:

“The near-term outlook for China’s smartphone market is challenged by channel inventories and replacement cycles that aren’t shortening,” said Wang Xi, Research Manager at IDC China. “At the same time, 5G phones and services are finally hitting the market in 2H19. We expect more adoption next year as prices reach more mainstream price segments, thus being a welcome accelerator in an otherwise challenging market.” (Source: IDC)