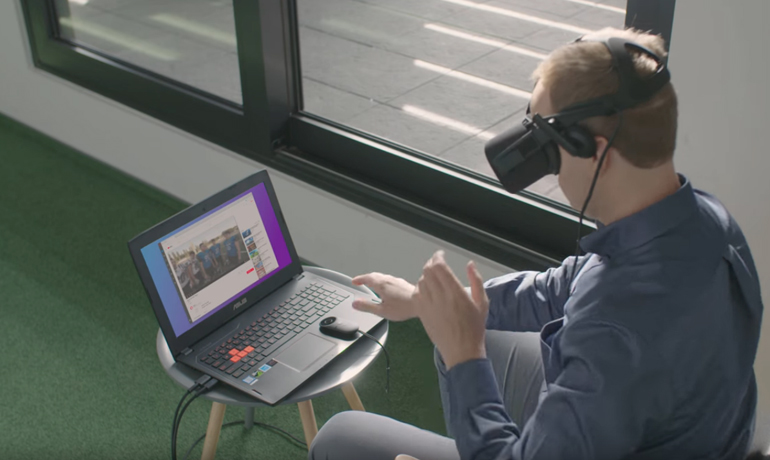 VR will change how we experience the web forever

The rapid growth of the 360 videos and soon WebVR bring an exciting revolution for VR content on the web. However, with limited software support, it has been difficult for VR headset owners to easily enjoy the fast-growing library of 360-degree content on Youtube, Facebook and other video portals.

So far, they had to use inconvenient workarounds, like downloading the video first - including spending time on finding a “download” button and waiting for the download - then quitting the browser and launching a separate player app, but wasting time and bandwidth on blindly downloading a video that is out-of-date.

Opera wants to bring the best web experience to its users, which is why the company has begun to focus on creating and embedding direct VR playback into the browser. This functionality enables users to watch virtual reality videos and standard 2D videos instantly through their VR headsets.

The newest Opera developer version comes with VR 360 player feature enabled and will automatically detect an installed VR headset. When a user browses to a video, a button above the video (next to Opera’s video pop out button) labeled ‘Watch in VR’ will appear. One simple click will engulf the viewer into the 360-degree world offered by the video. 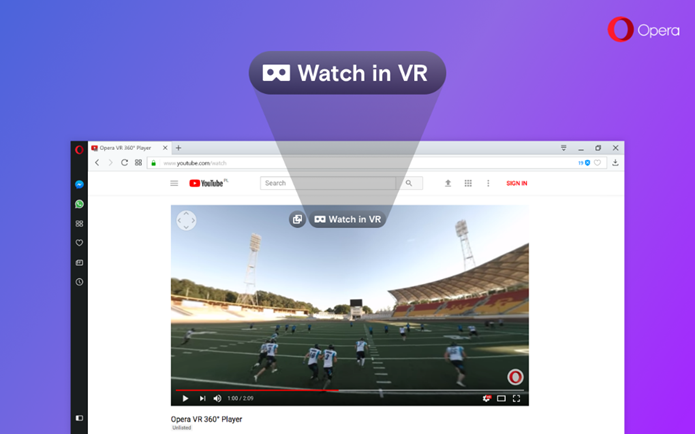 What’s more, looking around in the video will no longer require the use of a keyboard or mouse. Simply turn your head in the direction you want to look

All videos can be played in VR

Opera’s new video playback will not only support 360-degree videos but standard videos as well. You can launch any of your favorite 2D movies or standard 180-degree videos through your headset, creating an awesome, personal movie theater experience.

“We’ve been working hard with our UX and design teams to create a simple and intuitive user experience for VR headset owners to enjoy as many online videos as they want to”, Opera said. 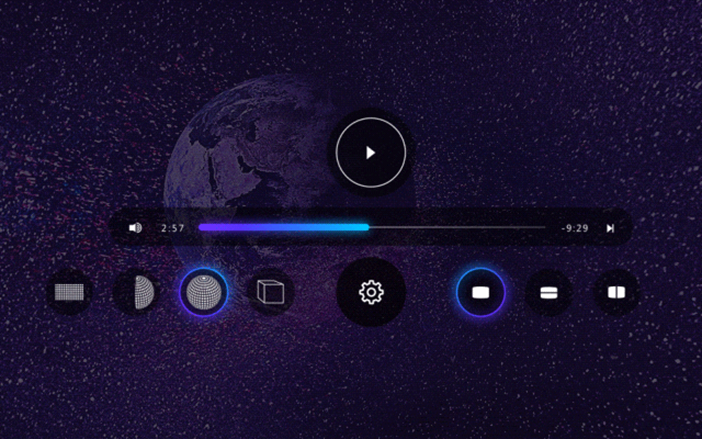 But that’s just the first step on the path for a fully immersive and compatible VR experience on a web browser. With the ever-growing resource of 360-degree content from independent filmmakers and major media and sports companies, it’s hard for VR capabilities to keep up with our imagination. But to begin with, Opera wants to make VR enthusiasts life a bit easier by providing instant VR video playback to headsets without the need of additional software.

“We will continue to work with our partners to test and support other popular models of VR headsets as they enter the market and our efforts to bring the best VR web experience will not stop. We also plan to have full WebVR support, once this standard is more mature and ready for great VR content”, Opera concluded.

If you are interested in downloading the Opera developer version or want to get more technical detail, please visit http://blogs.opera.com/desktop/.