Reloaded Interactive, one of the World's largest in-game ad companies, announced mid of the year the launch of a dynamic in-game advertising network that is capable of delivering real-time ads within AAA game titles for console, mobile, and PC platforms. 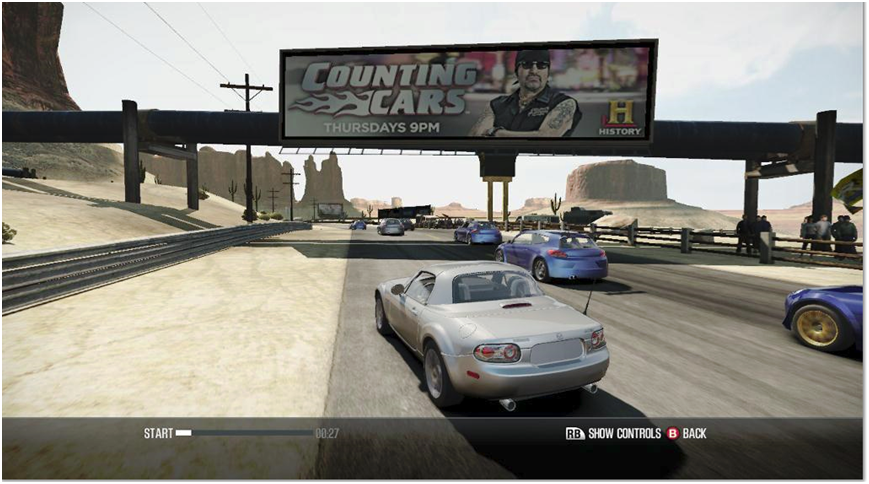 The new network utilizes Reloaded's ad servers and technology to display advertisements to gamers by allowing companies and media buyers to advertise in real-time within console and computer video games. But what makes the company exceptional is their venture to be the first ever in-game advertising network to support dynamic delivery into select eighth generation game consoles by the end of 2013. Actually, the Reloaded network arrives at a time when the industry needs it most - as there hasn't been an active dynamic in-game advertising network since Double Fusion and IGA Worldwide ceased their services in early 2012.

Despite the unoccupied market, there continues to be a growing demand from advertisers and media buyers to utilize video games as a digital advertising channel. From an advertising standpoint, the Reloaded network will boast the following specs and capabilities:

"While operating as an in-game ad agency these past two years, we've been fortunate enough to witness first- hand, the success and failures of other dynamic networks before us," said Jordan L. Howard, the 23 year old Founder and CEO. "Based on this, we've developed a unique in-game advertising network business model that will ensure sustainability and growth. Our ultimate goal is to uphold the proven success of dynamic in-game advertising, and to ensure its longevity as a digital advertising channel."

There is no denying that the company is extremely proud to be one of the first dynamic in-game advertising networks to heavily support animated and in-game video ads in various placements throughout many of its participating games. In addition to the video placements, Reloaded will also be supporting the traditional in-game advertising assets that take the form of plain image ads on billboards or posters situated throughout virtual 3D game environments.

Mid of last year, Reloaded even launched a new tool that provides fully-automated reporting and campaign analysis for dynamic in-game advertising campaigns. The new interface is accessible site-wide and allows clients to login and easily pull campaign reports via a centralized dashboard that filters and compiles stats for all the types of dynamic in-game advertising (console, mobile, and flash). The reporting provides simple, yet essential, stats like impressions, clicks, and click-through rates (CTRs), which still isn’t a widespread offering amongst in-game advertising networks and companies.

“We’re in a new age of advertising where almost all forms of digital advertising is trackable, such as online advertising and social media for example”, argues Jordan L. Howard. “As effective as in-game advertising is, one of the challenges that the industry has faced over the years is a lack of reporting capabilities. Our goal is to change this with our new system, and encourage future advertisers to jump on board with in-game advertising”.

Game developers and publishers can join the Reloaded network by integrating an SDK (Software Development Kit) that includes an easy to follow, step-by-step guide for developers to sync-up their games to the Reloaded ad servers. So, reach out and request an SDK by visiting Reloaded’s website.