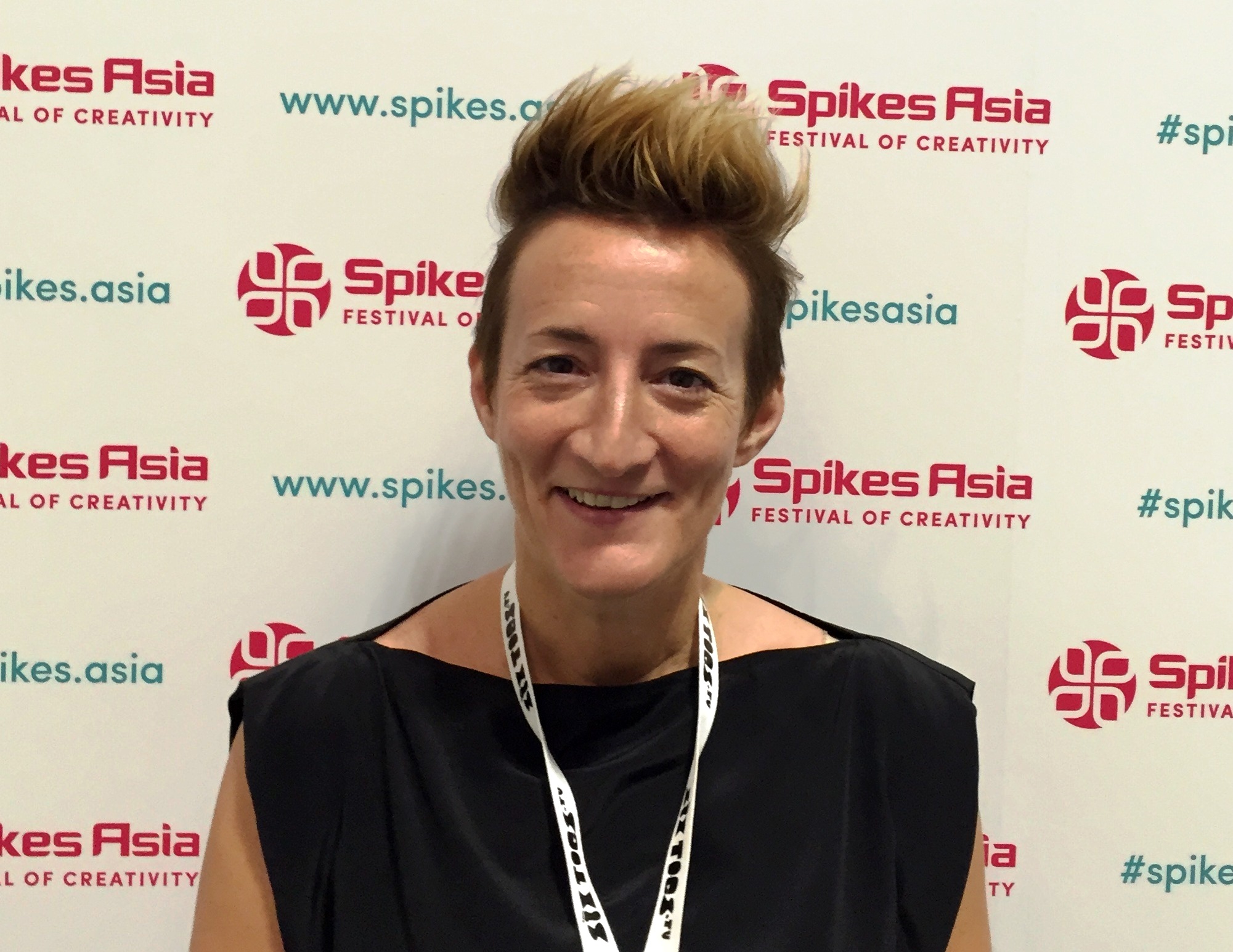 MediaBUZZ recently had the opportunity to interview Rebecca Swift, Director of Creative Planning & Trends for Getty Images, during Spikes Asia, where she shared insights into “visual trends that spark creativity”. Working for the world’s largest photo agency, she is definitely the most seasoned person to evaluate which images attract the most attention in the constantly changing media landscape.

Asian eMarketing was mainly interested in finding out how the trend to the ‘small screen’ has influenced the way Getty has positioned itself for the future of stock photography.

In order to effectively use images in innovative communications and marketing campaigns, you first have to determine what image your brand, product, or company portrays, and how this can be interpreted visually, Rebecca explained. This might be a concept, a theme, a subject or even a style. Once this is clear, it is important to be strict on how to select imagery to portray your brand.

“Too many companies just fill space with images. In this context, content is a terrible word as it takes away from the fact that images in particular have a lot of resonance – there is a lot of impact that can be made with images”, Rebecca complained, warning: “If you don’t love the image yourself, then you can’t expect your customers, or potential customers, to be inspired and excited by these images.”

She focuses in general on the bigger picture, such as unique selling propositions and the need for differentiation, questioning why visual trends do occur in the first place, claiming that influencing factors are always about much bigger things: “It’s about social behavior, the technology we now use, as well as our dreams and aspirations for the future, all mixed into one. All these factors affect our image choice and that is why marketing and advertising, as well as the photography itself have to adapt to these trends.”

Currently these trends focus on very specific areas, like e.g. the depiction of women, which has especially been an age long discussion. How women are represented in commercial photography is something that everybody likes to talk about but no one wants to do anything about, because the beauty and fashion industries do peddle a certain kind of woman.

“But we are seeing changes in this trend right now, as people are looking at themselves and others more, therefore, there is a resulting desire to have a wider range of visualization for women, as well as men - but especially women. This relates to body shapes, gender, as well as the transgender community, to the point that children are depicted in a gender neutral way. And don’t forget about men - generally as fathers and caregivers – considered as more aspirational, as well as more realistic, compared to women”. Rebecca elaborated on.

Another trend is sustainability and how this has become a branding value, although the visualization of it is still quite new, besides other popular topic areas like wonders, huge landscapes, as well as macrophotography and how mobile devices have substantially influenced this field.

Due to these trends the stock picture agencies cannot get away with traditional stock photography anymore, as it was produced over the last 10-15 years. They have to embrace user generated imagery, Instagram filters, have to think about square format and everything that the image-generating community has brought to photography. Corporate looking imagery by now is just a part of the market. Especially, consumer brands are embracing the social media look and so the photographers have to develop with that.

Selfies are a good example: People think of selfies as something you are doing in your spare time, especially the younger generation. But within a year, Getty has seen a 42,000% increase in search for images which were selfies – and this on a stock site! That is the reason why brands are using the selfie to connect with the consumer market. It has become a commercial view point, as well as being relevant on social media. This in turn means that we have to embrace the mobile for stock image use, as well as on Getty’s own sites, which have to be mobile ready.

“There is now a community which only shoots on mobile, therefore also producing images which are ideal to use on mobile”, Rebecca told us, which in turn lead to the fact that Getty had to change their licensing models, as many customers by now often are doing digital only campaigns.

Consequently, the old pricing guidelines for print are no longer relevant: Stock imagery in the past was predominantly landscape format, which for mobile is not necessarily any longer the case. “You have to offer licenses for pictures with only 72dpi, which is going to be a lot cheaper than 300dpi that on the other hand substantially affects the revenue stream. This brings Getty’s iStock brand into play, as customers looking for that particular size tend to go for a lower price point”, Rebecca explained.

But as images are by far more compelling than text on mobile devices, this field has been growing substantially. Research revealed that images are 94% more likely to engage than text on a mobile device. The trend here is that a lot more creative imagery is being produced for the slammer screen, but also that the screens on smart phones are no longer so small. Macrophotography has now become fashion again on the small screen, as the personal mobile device lets the consumers immerse themselves more - with bright images and Technicolor images coming back, as they look amazing on these screens.

Another trend is that the millennials value novelty, personalization, and shareability, which is why Getty came out with the “embed” model. This allows for Getty images to be shared for free online on blogs and social media posts.
“It allows the younger and older generations to share images, whereby the authorship of the images is still being referenced this way. Because the millennials are “right clickers”, they often do not understand the legalities of copyright, so this way the safeguards are put in place for them. This is important as the current generation is visually more literate than those in the past. They have photographed and been photographed since they could use their thumbs. They share images in numbers which are mind boggling, with a forecast for this year of over one trillion images taken, fueled mostly by this younger generation. This new generation can read images quickly, as they are more visually sophisticated. They appreciate the art and craft of photography, which in turn leads to more interest for stock images, more exhibitions, more books being published, with a new, expansive market for the art form developing, which is quite encouraging”, Rebecca excitedly told us.

Video on the other hand has been hailed as being the next frontier, replacing the stock images. Or as Rebecca so eloquently put it: “Every year we hear ‘this is the year of the video’ and ‘video is going to expand’.” There are all these statistics showing how more people will engage via video and that video is more engaging than pictures. Though that might be the case, she observes that people are quite impatient and want to consume something instantaneously. It takes milliseconds to engage with pictures, whereas you have to invest time in a video, even if it is only 30 seconds.

Therefore images and videos will always only work in partnership. The best brands have already learned to do that very well by bringing stills and videos together. Of course, Getty wants to cater to the video business and contributors that provide both formats, too. Especially, since the technology development like 5D cameras and HD video makes it possible to extract high resolution stills from video. However, video can’t beat the still images for now, according to Rebecca.

So, as we have learned from this enlightening interview with Rebecca Swift, the future of stock photography seems to be brighter than ever, with a new generation coming to the fore that interacts heavily with and more thoroughly through imagery, Not to mention that social trends will be the key driver for which type of imagery will be relevant in marketing over the next years – and which not.