After the three-day Festival of Creativity at Suntec City Singapore, during which the regions creative communications community came together to celebrate, debate the industry’s key issues, update their knowledge, network with professionals in the industry and be creatively inspired; the ten juries announced the 397 winners on the third day in a grand ceremony held at the Grand Theatre Marine Bay Sands. 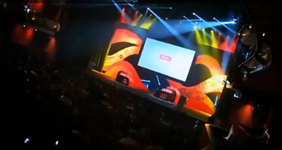 Being a media partner, MediaBUZZ was there to witness it all and can attest that Spikes Asia Advertising Festival truly provides the region’s growing creative and advertising industry with a platform to network and exchange ideas, bringing together the finest creative thinkers of the region.

The winners of Spikes Asia 2012 were announced on Tuesday the 18th of September 2012 and are as follows:

Grand Prix: Mindshare Mumbai, India, Hindustan Unilever, 'Where What You Grow Is What You Eat'

BBDO was presented with the Network of the Year trophy with DDB coming second followed by Leo Burnett in third.

DDB, Sydney was honored with the Agency of the Year. Runners up were Dentsu, Tokyo coming in second place and BBDO Guerrero, Makati City in third.

The Independent Agency of the Year was awarded to PARTY, Tokyo with Taproot, Mumbai in second and The Monkeys, Sydney in third.

The inaugural Spikes Palm award, given to the best Production Company, was taken by Exit Films, Melbourne. Revolver, Sydney came in second and Finch, Sydney third.

The Media Agency of the Year trophy was awarded to Mindshare, Mumbai with Cheil Worldwide, Seoul taking second place and in third, Whybin\TBWA Group, Sydney.

During the award ceremony, the prestigious Advertiser of the Year accolade was presented to P&G Asia in honor of their commitment to engage their consumers by not only embracing but also expecting creativity in their product communications around Asia. Freddy Bharucha, Chief Marketing Officer of P&G Asia was on stage to collect the award.

Also announced at the event were the winners of the Young Creative Spikes Competitions. India took the gold medal in the Young Spikes Media Competition whilst the team from Hong Kong took gold in the Young Spikes Integrated Competition. The new Agency Shoot Out Competition saw The Philippines going home with gold. After the ceremony, delegates celebrated into the night at the official Spikes Asia After Party that took place at the Avalon nightclub, Marina Bay Sands in Singapore.