Timely to Valentine’s Day, McAfee released the findings from its 2014 Love, Relationships & Technology survey. For the first time in Singapore, and the second time globally, the company examined how adults are sharing and storing intimate data on their mobile devices, especially with current or former significant others.

The study highlights how sharing personal content such as suggestive texts or videos, naked photos or passcodes on these devices can potentially lead to cyber-stalking and the exposure of private content leaking online.

A total of 354 online interviews have been conducted by MSI Research in Singapore between end of December and mid of January 2014 among adults aged 18-54. While 99% of the respondents use their mobile device to take photos, 44% send or receive intimate content including video, photos, emails and messages.

Of those surveyed, 82% are securing their smartphone with a password or passcode. However, 42% of adult Singaporeans share their passwords with another individual, while 38% use the same password across multiple devices, increasing the likelihood that these mobile devices will become hacked.

“It’s always a risk to share passwords with others, yet people still do it. Not surprisingly then, we hear of stories where private and intimate content leaks out,” said Wahab Yusoff, Vice President, South Asia at McAfee. “People increasingly make themselves vulnerable to risks to their reputation when what is meant to be private becomes public, so it is prudent for consumers to step up their mobile security and protect themselves.” 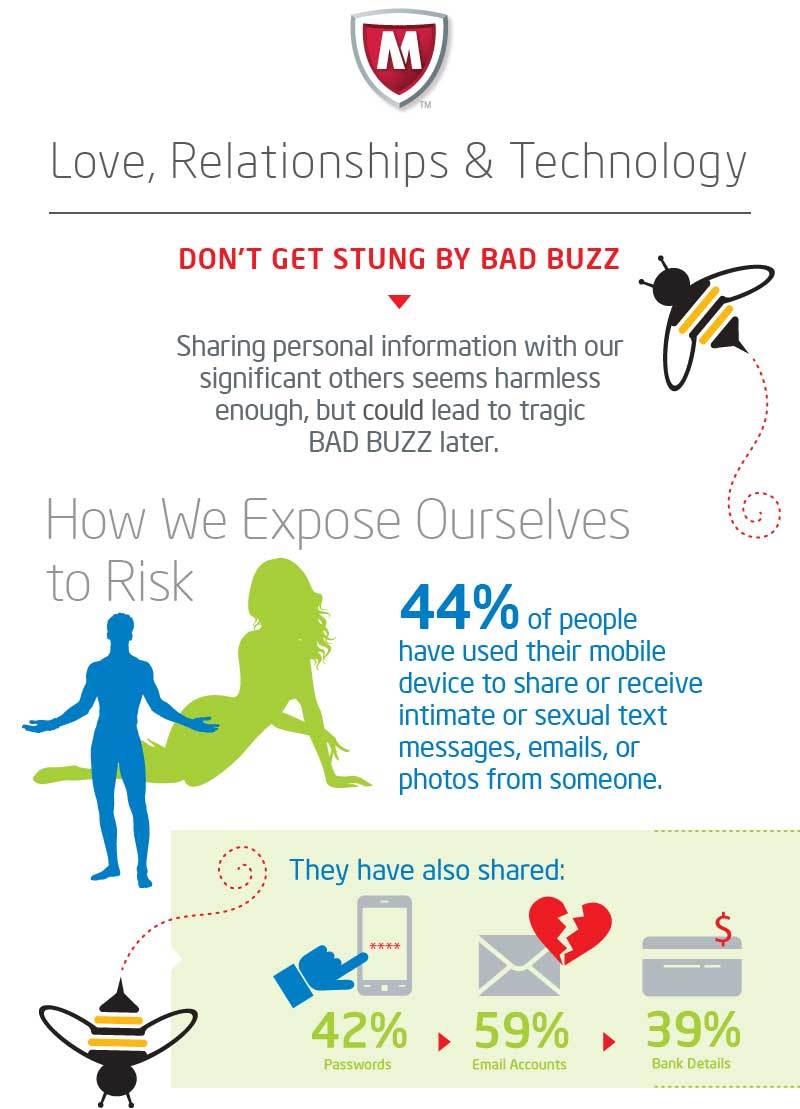 Additional findings from the survey include:

Take a look at the video:

McAfee advises consumers not to share passwords or codes for mobile devices with others to help keep their content secure. Mobile users should avoid using weak passwords that can be easily determined such as birthdays, numbers in a row or repeat numbers for their devices. Rather, six-digit passcodes and words translated into numbers using your mobile keypad are stronger and should be utilized.