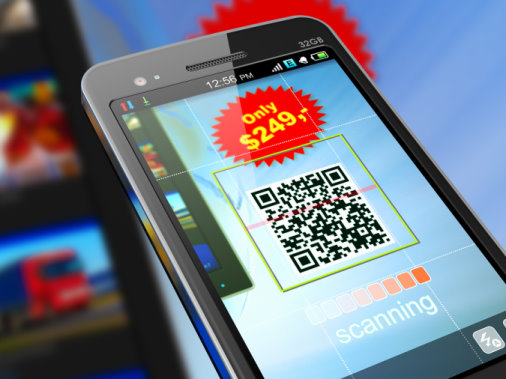 Smartphones have infiltrated much of our daily behavior, as we use them to get directions, check our email, take photos, and so on. But now the small gadgets are even poised to replace our wallets in the “mobile wallet” movement. But the truth is that we already use our smartphones in a big way when it comes to shopping and making purchases on the go. Indeed, nowadays shoppers are better equipped than ever to find the best deals and get feedback about products on their shopping lists—anytime, anywhere. From pre-purchase research to sharing an exciting find with friends. 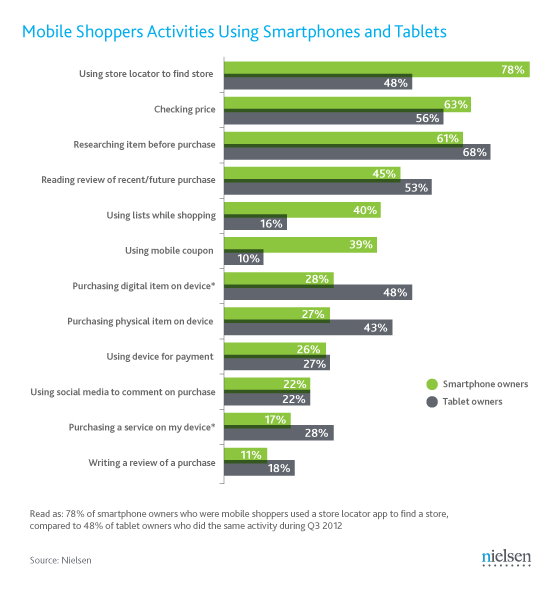 At checkout, more than a quarter of mobile shoppers use their devices for payment, regardless of which device they’re using. Overall, mobile shoppers tend to stay connected even after their purchases, with 18% of tablet owners writing reviews about the products, and 22% of smartphone owners commenting about their purchase through social media.

Apps are by the way most probably the key to shifting consumers from browsing products on their phone to making purchases on the spot. Although only just a round 10% of mobile shoppers have actually used their phone to pay at the register so far, the desire to do so is apparent, since approx. 70% of app downloaders show interest in an app that allows them to use their phone as a credit card, according to a Nielsen study earlier this year.

Interestingly, iPhone users are more interested in this option than Android users with over a third (39%) saying they would be extremely or very interested in an app with this ability.

In general, app downloads are growing as consumers downloaded twice as many shopping/retail apps than they did last year. Overall, 45 million smartphone owners used apps in the shopping/commerce category, accessing there apps 17 times on average.

So it comes as no surprise that well-known brands for online buying are also behind the most-used smartphone shopping apps, such as eBay and Amazon apps that topped the list, attracting 13 million and 12 million unique users, respectively.