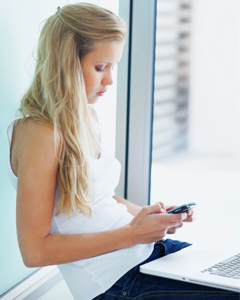 Facebook is shaping up to be a strong competitor to mobile operators that are in danger of underestimating the threat it poses, according to Ovum.

In their new report Mobile Social Networking: change drivers & key players the independent telecoms analyst states that Facebook is much more than a social network – this is just a starting point and its domain spreads much wider. However operators are being slow to wake up to the extent of Facebook’s ambitions and tend to view it as a benign, non-competitive presence that they are keen to form partnerships.

Eden Zoller, author of the report and Ovum principal analyst, said: “Facebook is encroaching directly on mobile operator territory and should not be underestimated”.

“It has come a very long way since it first launched Facebook Mobile in 2006. It is now a force to be reckoned with in mobile with over 200 million users interacting with the service via mobile phone. It is much more than a social network and is better viewed as an increasingly rich platform for communications and content. Facebook wants to integrate with everything and be the main way that people consume and share information, anywhere and on any device.”

Facebook has made several moves that have placed it in competition with mobile operators. It has an integration deal with Skype for voice communications and in November 2010 unveiled an email offering. Meanwhile, it is turning increasing attention to location-based services with its Places platform and is pushing into mobile advertising in the shape of the Facebook Deals ‘check-in’ service. Facebook apps dominate app stores across most smartphone operating systems.

Zoller continued: “There is also intense ongoing speculation that Facebook will come out with its own phone, which in some respects would be the final piece of the puzzle. However, we don’t think that Facebook is in any rush to launch its own hardware just yet, although it could be interested in working with partners on a customised device platform. This would in effect make Facebook a social operating system.”

Despite this competition from Facebook, mobile operators are keen to partner with it, for example by offering easy access to its services and address book integration.

Zoller added: “While there are good reasons why operators should wish to partner with Facebook, they should be more alert to the fact that it is shaping up to be a strong competitor. It is only by understanding Facebook fully that operators can engage with it effectively, be that on a collaborative or competitive basis.”

Just last year Facebook expanded its footprint in Asia, by opening a new office in Singapore to tap on the fast growing number of advertisers and users in this region. They are considering plans to launch more offices in northeast Asia, having offices in places like Tokyo and Malaysia already, which focus however on developers and engineering and not on regional media buyers and agencies.

Facebook has 500 million users, logging on in over 70 languages worldwide and has therefore started to translate their site into various Asian languages and dialects, which have delivered incredible results. Facebook’s spokesperson said that many of its users access its site from a portable device, but that the company is nevertheless not planning to launch a mobile phone any time soon, although they have over 200 million people around the world now using Facebook on the mobile, growing at a faster pace than PC usage.