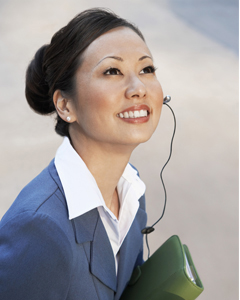 MAR solution provider have, in fact, been around for quite some time, and probably the best known are Layar, Junaio, and Wikitude, but now a big player, Qualcomm, has entered the market. The company introduced its Augmented Reality Platform for Android smartphones that enables developers to create AR-based applications and market them commercially.

The Qualcomm AR solution offers a new interactive entertainment and information platform, where developers can build, with its rich feature set, high-performance, interactive 3D experiences on real world images, such as those used in print media (books, magazines, brochures, tickets, signs) and on product packaging. The award-winning AR platform enables a broad range of experiences that entertain, engage and inform consumers with a new form of interactive media.

Through a special AR-extension with the Unity 3 tool, games can be developed much faster. Moreover, there is a web application to create and manage different image resources, which can be used with both development environments.

Thanks to Qualcomm’s innovations in advanced computer vision algorithms and close integration of hardware and software, the effect of this performance is a higher fidelity user experience in which graphics content appears more real against a real world background. While applications built on the platform will run on all Android smartphones using Android 2.1 or above, optimal performance will be delivered on phones using Qualcomm’s Snapdragon chipset.

With more than 6,000 registered developers, the company is looking forward to a new generation of AR applications available in the Android Market and other application stores.