MMA’s Guidelines on SMS and MMS 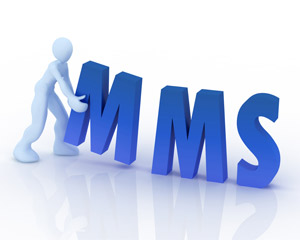 Short Message Service (SMS) is a communications service that allows the exchange of short text messages, limited to160 characters, between mobile phones.

It is also referred to as "text messaging" or "texting." SMS messages can be sent and received between virtually all operator networks. Virtually every mobile phone in the world supports SMS, creating a ubiquitous market for SMS-based advertising campaigns. SMS supports messages sent from one user to another, as well as messages sent from a machine, such as a PC, application or server, to a user.

The recommended ad units for SMS are as follows:

a) Format SMS is a text-only medium. It does not support any rich media; however some mobile phones with click-to-call or click-to-web capability will display colored links and underlining of URLs and phone numbers. The font size is entirely controlled by the mobile phone and is not under control of advertiser or publisher. Therefore the message renders differently on different mobile phones.

b) Length The length of the ad is the subject to the available space after the content. Consult your publisher for the maximum allowable length. Current practice is typically ads under 20-60 characters, with ads up to 80 characters. Advertisers should be aware that shorter copy allows for increased publishing inventory availability.

When using double-byte characters (otherwise known as 16-bit) to send an SMS, the limit is 70 characters. 16-bit characters are associated with sending a Unicode text message, which is required to convey some of the special characters used in non-Latin alphabets, such as Chinese, Japanese or Korean.

c) Location The ad copy will be inserted only at the end of the content portion of the SMS. In cases where the sender uses a personal SMS signature, the ad should be inserted after the signature.

a) Format:   See Short SMS Ad format
b) Length: A length of up to 160 Latin characters
c) Location: The Complete SMS Ad will be the entire SMS message.

a) SMS Ad Indicators: The publisher or advertising insertion partner is responsible for including an ad indicator in Initial (Appended) SMS Ads. There should be a clear separation between the text message content and the ad. A carriage return or line break is recommended, however not all carriers support line breaks, so an ad indicator should also precede the ad copy. Acceptable ad indicators are:
• "*" (single asterisk)
• "**" (double-asterisk)
• "AD:" (or similar local language abbreviation)
• "-" (dash)
Note that a carriage return may count as two characters.

The primary design goal should be that the SMS Advertising unit is clearly identifiable as an advertisement and is easily understood by the receiver of the message. The following design principles are suggestions.

Use abbreviations and "text speak" (e.g., LOL) with caution and avoid grammatical errors or misunderstandings.
Use punctuation when required for clarity or emphasis.
Note that a carriage return may count as two characters.
Conduct testing to ensure that the publishing network recognizes, and mobile phones properly render, any non-Latin or accented letters prior to use.
Note that URLs contained in the text may allow click through to Mobile Web pages, depending on handset capability, and may appear underlined or in color.

If a URL is included in an appended ad, the URL should be as short as possible. A URL under 20- characters is recommended.
To optimize the potential for frequency of delivery, the advertiser may develop several versions of ads with varying lengths, maximizing the ads' availability for insertion based on the length of the content portion of the message. For example, "Nike" or "Just do it - Nike."

The Complete SMS Ad unit can be used for any type of promotional message or call to action.
The advertiser should be clearly identified in the ad copy.
Creative may contain a URL. Use of short URLs is recommended to use reduce character count and maximize clarity and use of advertising space.
The title or header of the message should reflect the consumer query or subscription that resulted in delivery of the full ad message copy. For example, if the consumer replied "HOME" to get more info on real estate, the resulting ad should have "HOME" in the first line. If the resulting ad is unfamiliar, the recipient may dismiss it as "Spam".

Multimedia Messaging Service (MMS) is a rich media messaging service that allows mobile users to send and receive messages that can include graphics, photos, audio, video and text. As such, it provides marketers with increased ad effectiveness over SMS. Another benefit is that unlike the Mobile Web, this media resides on the user's mobile phone, so a data connection isn't required to access the ad content once the message has been received. It should be noted that unlike SMS, MMS is not yet universally supported by all operator networks and all mobile phones; however the advertising opportunity using MMS is significant.

The recommended ad units for MMS are as follows:

The following ad unit specifications provide the framework for producing MMS ad creative material suitable across a broad range of mobile phones with a compelling and engaging user experience.

a) Media Formats for MMS ad units are as follows:

Mobile phones vary substantially in their screen display designs: landscape, square or portrait. Unlike in the Mobile Web, MMS creators have no visibility of the individual target mobile phone and its screen characteristics at the time of MMS composing.1
As a consequence, and to keep the need for vertical scrolling of ad messages to a minimum, the MMA recommends using any landscape aspect ratio for MMS Rectangle Ad images. This typically includes 16:9 and 4:3 ratios. Also, a 1:1 (square) ratio can produce acceptable results. Such aspect ratios usually allow for ad text to be visible together with the ad image on screens. Portrait aspect ratios are not recommended. For the MMS Banner Ad, aspect ratios apply as defined for the Mobile Web Banner Ad units in Section 2.2 (6:1 and 4:1).
For MMS Video Ads, the recommended aspect ratios are the following:

For all graphical MMS Ad elements, regardless of their aspect ratio, widths are recommended as defined for the Mobile Web Banner Ad units in Section 2.2, i.e.

The Large MMS Image width (216 pixels) is the universal dimension recommended for use in MMS Ad campaigns where only one dimension is used. This width has proven to produce satisfactory user experience across today's mobile phones in mature mobile markets.

For all MMS Video Ad elements, the following are the most common examples of frequently used dimensions:

In order to reach a broad audience, the MMA recommends that the complete MMS file size does not exceed 300 KB. Maximum MMS file size and maximum ad file sizes are inclusive of all applicable elements (e.g., graphics, text and audio3).

a) Sender identification
The sender of the MMS Full Ad message should be clearly identifiable by the message recipient. The "from" and "subject" field as well as the first message slide should reflect the consumer request or opt in context that resulted in delivery of the full ad. The message subject field alone is not sufficient for carrying this information because it is not shown on many mobile phones.4
For example, if the consumer has opted in to receiving advertisements from brand XYZ, the full ad messages delivered should have "XYZ" not only in the "from" and "subject" field but also in the first element (text or graphic) of the first slide. Local market guidelines or regulation might be in place requesting sender identification placement.

b) Ad Indicators
Advertisers should consult their publisher and local markets to determine requirements for ad indicators. Indicators could be used with both text and graphical ads:

a) Impact of Transcoding and Rendering of media on mobile phones
MMS Message delivery includes two steps, transcoding and rendering; both which potentially impact the quality of the message, its formats, and the resolution of media elements. Many mobile operators support transcoding, also known as media adaptation. Transcoding, which automatically adapts content during message delivery, is done according to the receiving mobile phone capabilities (e.g. screen resolution, maximum message file size, supported media formats) to avoid negative user experience. While transcoding ensures that advertisements (along with possible other content) are consistently presented on all mobile phones, it can have a negative impact on the audio and visual elements if applied extensively. The ad unit specifications as defined in chapter 4.1 seek to reduce the need for transcoding, and retain the quality of the ad creatives.
Transcoding and rendering have advantages that are relevant for the purpose of MMS advertising:

However, some caution is recommended:

The process of MMS delivery can influence the content of MMS, therefore; testing the impact of resizing on quality and legibility of the creative material is recommended. The MMA further recommends that MMS ad delivery be tested on real phones prior to any campaign execution.

b) Synchronized Multimedia Integration Language (SMIL)
For MMS messages, SMIL defines the order of images and text on a slide, the time a slide is displayed, and other parameters. Media creators should consider the following SMIL parameters:

Inserting ads into MMS messages sent to users who are roaming abroad can generate additional costs for those users because they typically pay roaming fees for MMS data usage. The industry is still developing best practices for this situation. Some MMS service providers/operators provide the ability to block ad injection and sending ad MMS messages to roaming users, thus ensuring a good customer experience. If possible, this option should be used.

If a user requests advertising information to be delivered to him via MMS, this request should be respond to within 12 hours or the request (opt-in) for that particular message will be deemed expired.