Eddie Chau: One of Singapore’s Most Brilliant Visionaries and Entrepreneurs of our Digital Times 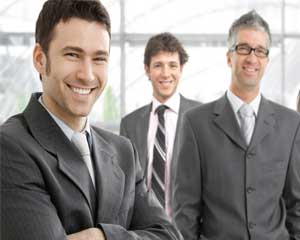 Just a few months ago Media Monitors acquired a majority stake of Brandtology, a Singapore based online and social media intelligence company that was founded some three years ago by its CEO, Eddie Chau.

Asian e-Marketing wanted to find out more about the company, its journey and activities in the region, how it is positioned in Asia, and especially the man that is behind all of it and drives the business.

Eddie Chau is still known by many of us as the founder and CEO of e-Cop Pte., Ltd., a company that became a market leader in the Information Security Industry and was acquired in 2007 by a wholly owned subsidiary of Temasek Holdings Pte., Ltd. Eddie pioneered with e-Cop the first 24×7 Managed Security Services in the world after having left the safe haven of working for IBM and Computer Associates to follow his visions.

Currently, his passion is focused on Brandtology, a business and brand online intelligence service provider that enables global brands to manage and extract invaluable insights from consumers’ conversations in social media. Through an effective combination of proprietary technology, processes and trained professionals, Brandtology empowers companies to stay aware of social media trends and conversations about their brands, competitors and industry, with the support of their team of highly experienced social media analysts.

Like a true visionary and avid entrepreneur, Eddie got the idea to start Brandtology quite early, back in 2006, at a time when Facebook was still in its infancy and Twitter had not yet even been born. He has a very keen mind and therefore realized quickly that Web 2.0 had a lot to offer, such as providing information from the consumer point of view that helps companies to improve their services and products. So, after he exited from e-Cop at the end of 2007, he took a few months off to crystallize the entire business plan and formed Brandtology on 30 May 2008 with a few co-founders. Although their start was tough, as it wasn’t the best timing for such a venture, they managed to expand overseas already in the second half of 2009.

“We did not see Singapore as the only market and kick-started China at the same time, but planned to enter the North, South, and Southeast Asian market”s, Eddie elaborated. “Now we have more than 200 people in about 15 countries, we support some 16 languages, and have global customers like e.g. Estee Lauder that we track in the US, UK, Germany, France, Italy, Japan, Korea and China”, he added, proudly concluding: “We have regionally a lot of technology companies with fast moving products as customers, as well as financial companies that are using our services.” 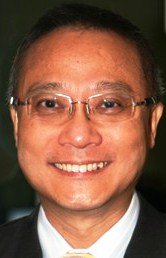 According to Eddie, companies only started to spend more money on digital marketing in 2010, when brands became a bit more familiar with social media. Now, since marketers are more educated, they are getting more demanding, he said. “They want to find out how to engage with social media and measure it, are interested in their ROI and KPIs”, Eddie explained. That’s the reason why Brandtology is continuously working on improvements in their technologies. The company’s goal is to provide highly accurate and relevant insights in their clients social media campaigns - in multiple countries and languages - that are extremely useful for strategic decision-making in a timely manner.

Just as with e-Cop, when something like managed security services actually didn't exist, Eddie has been a pioneer with Brandtology: there was nothing called social media monitoring or measuring at the time when he started the business. Nevertheless, Eddie had a kind of solid perspective of his future business and the development of the industry as a whole.

Fortune favors the brave and Eddie embraced with enthusiasm this new challenge, in addition to investing in other start-ups. Still, he would never be able to build up a business like YouTube, he said, simply due to the fact that he is first asking for the revenue model in a very pragmatic way.“I will go for something that has a solid revenue model that means I will sell and they will pay me. I will never go and do something that is free software”, Eddie explained, who is in general a very down-to-earth guy.

He attributes it to his upbringing in Hong Kong, believing that it helped him quite a bit that his father ran a small shop and he got used to rolling up his sleeves at an early age and doing various things at the same time.

He pointed out that family support is most important before starting any new business venture as well as having a strong conviction that the scope is manageable. “To be honest if my family at the time did not support me, I would have thought very carefully as whether to step out. My two kids at that time were only a few years old, it was tough”, he said, referring to the fact that he was already 39 when he decided to become an entrepreneur.

To no surprise the company has grown exponentially in a short period of time and is processing by now over 100 million online conversations per month, with more than 170 analysts spending over 20,000 hours a month analysing social media conversations for many of the world’s leading brands across finance, technology, health care and FMCG.

Keep it up Eddie!