Can Facebook live up to the hype and deliver value for advertisers’ money? 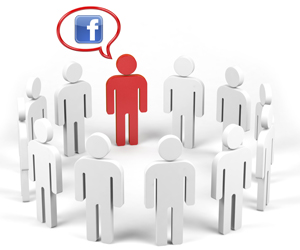 Facebook has finally been going public with a share price that has been set at $38, bringing in more than 18 billion dollars company assets and a valuation of being worth around 100 billion, which makes it one of the biggest IPOs in history, no matter of the worsened outlook.

It’s fascinating to see how easy it is to create value online and how hard it is to separate the hype from reality, or can you evaluate the worth of a “like” and bring the numbers to the bank? Well, we can’t blame Facebook for trying to do exactly that, but we are aware of the fact that it is hard enough to get exact numbers on conventional key word campaigns that are aimed at driving the purchase of specific products, since other factors can contribute to a boost in sales. Facebook seems just to start looking for the right kind of ads to show its audience and now finally even provides metrics designed to measure ads that direct on-site actions.

A recent study of HubSpot with more than 5,000 businesses came to the conclusion that LinkedIn is much more effective for lead generation than Facebook and Twitter. A global survey undertaken by leading independent digital marketing agency Greenlight revealed further that 30% of people 'strongly distrust' Facebook with their personal data, whilst 44% say they would ‘never’ click on Facebook sponsored ads, all of which indicates Facebook's advertising programme has an upward struggle.

Greenlight’s global “Search & Social Survey (2011-2012)” asked 500 people – from students, law enforcement professionals, medical staff, accountants, lawyers to the unemployed - how they engage with online advertising, search engines, and social networks, in order to gather insight into how consumers engage with marketers today and to formulate views on what the future might hold.

As expected, 50% of respondents to Greenlight’s survey said they use Facebook for social engagement, sharing photos, and catching up with friends and family. Facebook ranked as the third most popular website (after Google and YouTube) when asked 'How regularly do you use the following websites/services?', it ranked second when asked 'Which of the following do you use on your mobile phone?' with roughly 30% of those surveyed saying they use Facebook on their mobiles and tablets.

Facebook's popularity doesn't come as a surprise. However, with over 30% of respondents saying they 'strongly distrust' Facebook with their personal data, Facebook's advertising programme has an upward struggle, according to Hannah Kimuyu, director of paid media at Greenlight. “Facebook's advertising programme allows brands to connect with more than 800 million potential customers, through targeting their age, gender, location and interests, in other words - personal data”, she states.

Asked 'Do you click on advertisements or sponsored listings in Facebook', just 3% of respondents answered with regularly and 10% often. The alarming response was the 44% that answered never. Yet, does this reflect an advertiser's point of view?

“For Greenlight and many other agencies and brands, advertising on Facebook has become part of the 'usual mix', says Kimuyu. We specifically saw our Facebook investment (client media spend) overtake both Yahoo and Bing collectively at the start of 2011, hinting the channel has constant growth and is delivering a strong enough return to invest more.”

A Global Facebook Advertising Report compiled by TBG Digital in Q2 2011, examined 200 billion impressions across hundreds of advertisers in 21 markets. The study revealed that retail delivered the highest click through rate (CTR) when compared to other sectors. Furthermore, retail saw the largest increase in growth, going from being non-existent in Q3 2010 to showing steady growth by Q2 of 2011 (a 36% increase).

“Pulling this study back to Greenlight's client base, we have seen similar performance levels, especially with retail getting more from Facebook. On average a CTR of 0.5% - 0.8% is considered positive, however retail brands typically achieve 0.8% - 1.0%.”

“Many of the developments are appealing to retail brands, especially with retail being the most active in the space. Most recently we have seen one high street retailer achieve a 15% higher average basket value and a 20% increase in conversion rates on Facebook, when compared to its Search activity.”

The most popular and effective ad format is the Sponsored Story. The format delivers, on average, a 32% decrease in cost per acquisitions (sales) and an increase in CTR (engagement).

“When running both the traditional ad format alongside a sponsored story format, we tend to see at least a 30% increase in conversion rates, again with retail leading across the sectors,” says Kimuyu, concluding: “Although 44% say they would 'never' click on advertisements or sponsored listings in Facebook, it is interesting to see that those who do find the targeting effective and engaging. Moreover, given the positive growth figures, we at Greenlight predict that more of us will be advertising and hopefully 'clicking' on an advertisement or a sponsored listing on Facebook this year.

Facebook has a product that has helped people connect with each other like no other in history. In the future, it could innovate on its platform in ways that are impossible to imagine and still it has to show us the ropes and prove that we are not dealing with a bubble that sooner or later is going to pop.