Has Whatsapp what it takes to become a high-flying marketing channel? 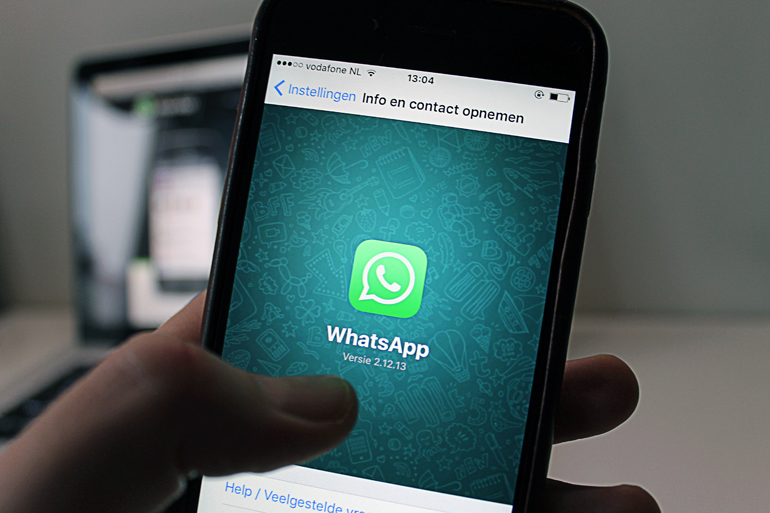 Whatsapp is mentioned more and more often when it comes to discussion on how companies should communicate with customers, raising the question if it has what it takes to be the ultimate social media marketing channel.

Reportedly, the mobile app has more than 800 million users and sends around 30 billion messages every day. However, Whatsapp aims high and wants to have over one billion users by the end of the year, which means Facebook would have doubled the number of users since its purchase.

Indeed, it seems as if almost everybody uses Whatsapp - whether young or old, on Android or iOS. But despite the enormous growth potential, Whatsapp has technically speaking the same functions as the Facebook Messenger, which are group chats, personal chats, sending of photos or the location, the transfer of videos and calls. The only notable difference is that messages can be sent to so-called broadcast lists with up to 255 contacts. In addition, Whatsapp still doesn’t provide an API for third-party applications.

Long term Whatsapp has nevertheless set the goal to replace the email and find its way into the business world. The security vulnerability in the data transfer is closed, users can now send PDFs via the app, and as of late there is a desktop version of the app, too.

What this means for the business world and marketing managers respectively we’ll see. It’s just interesting that Facebook pursues apparently similar aims with two Messenger services. Which service will ultimately penetrate the market, or whether the market is big enough for both, remains to be seen. Definitely much more business communication will run on messenger services in the future and Whatsapp has a good chance to enforce the already gigantic propagation.

Apparently, the type of communication via Messenger is zeitgeisty: Instant, real-time, available everywhere, multimedia-based. Hence, the combination of desktop and mobile communications in an application is a logical and important step, which especially in the field of customer service, makes Whatsapp and Facebook Messenger a central element.

Unfortunately, there is currently still no real solution for companies that want to use Whatsapp. Third-party services violate the Facebook policy and can be switched off anytime and Whatsapp itself has still not provided the announced interface. Marketing decision makers should therefore monitor the situation around Whatsapp and explore possible areas of application, instead of rushing forward on the spur of the moment. If there is the starting shot at Whatsapp, they are at least prepared and ready to go for it well planned and deliberately.

Most probably, Whatsapp will take on a large part of the newsletter functions and even Facebook’s well-known Messenger bots could be used in Whatsapp, answering automatically simple questions or undertaking the role of a simple telephone hotline. Only more individual or complex problems will be put straight through to an employee.

That sounds all wonderful and makes me wonder why there are still only a few businesses trusting in Whatsapp. Well, most probably it is due to the meager opportunities so far and its general novelty. Others might be concerned about the amount of effort needed to provide a 1-to-1 communication, since the Messenger is primarily a communications medium: What would actually really happen if out of 1000 people contacted 300 would reply?

Anyway, how could Whatsapp be used for marketing? Let’s take a look!

Facebook seems to have big plans for Whatsapp, considering that it is permanently free for all users and Facebook soon plans to offer marketing functions for businesses in the app. Even a stronger link between Facebook and Whatsapp can be anticipated and is actually observed.

It’s time to think about Whatsapp as a serious marketing channel and you could start preparing the first steps:

1. Include Whatsapp Share buttons into your content. Facebook and Twitter buttons are standard, Whatsapp is seen only on a minority of websites, although the effort is minimal since most plug-in solutions have Whatsapp integrated by now. However, keep in mind that Whatsapp makes only sense in the mobile view of your (responsive) website, which means that you have to hide the buttons in the desktop version.

2. Whatsapp is also well suited for individual communication with customers. Especially for quick questions the channel is suitable, such as a short consultation in between other interactions. For a change, financial institutions show innovative thinking by starting early with chat services via Whatsapp.

3. For general information services Whatsapp is perfect, such as delays or weather situation.

4. Always use the channels where you can actually meet your customer, is a simple marketing principle, just like ‘the more difficult it is to get a response by mail or email, the more promising are alternative channels”. Consequently, where direct mail and mailings did not work so well previously, it might make sense to give Whatsapp a chance.